Natsuji Kijima is a major antagonist in Kamen Rider Fourze. He is a student at Amanogawa High School who is secretly one of the Horoscopes. He was originally the Pegasus Zodiarts before evolving into the Cancer Zodiarts.

He was portrayed by Soran Tamoto.

During the Libra Zodiarts' fight with Kamen Rider Fourze, Kijima found a Zodiarts Switch Libra had dropped and used it to become the Pegasus Zodiarts. With his new power, Kijima sought revenge on the new 2-B homeroom teacher Haruka Utsugi for taking his rakugo fan. Kijima began attacking martial artists using her fighting style so the Kamen Rider Club would think she is the Switcher. The club eventually learns the truth and Kamen Rider Fourze Magnet States defeats the Pegasus Zodiarts.

However, with help from the Virgo Zodiarts, Kijima evolves into the Cancer Zodiarts and is accepted into the Horoscopes, where he quickly earns the ire of Hayami for his flagrant disrespect against the principal. As a Horoscope, Kijima handed out Zodiarts Switches to students who could make him laugh and taking the souls of those who couldn't.

Kijima later learns the true identity of Kamen Rider Meteor's identity, but offers to not tell anyone if he joins him. Kijima also somehow manages to undergo a Supernova powers on his own, granting him the more powerful transformation Cancer Nova. with an even more impregnable armor than his Cancer Zodiarts form. This amuses Gamou even more, although the chairman does muse behind Kijima's back that the Cancer Zodiarts's evolution is going too fast.

After Cancer Nova is defeated Kamen Rider Meteor in his new Meteor Storm form, Kijima then limps away and encounters Hayami, who takes his Switch. Kijima pleads with the principal, saying that he knows with the true identity of Kamen Rider Meteor, Hayami instead opts to get rid of him and uses his powers as the Libra Zodiarts to guise him in the form of a detective who had annoyed Gamou earlier. Kijima is then sent to the Dark Nebula by an unsuspecting Virgo Zodiarts, with Hayami claiming that Meteor destroyed Kijima.

It is later revealed that Kijima was placed in suspended animation in the M-BUS just like the others sent the Dark Nebula by Virgo Zodiart. 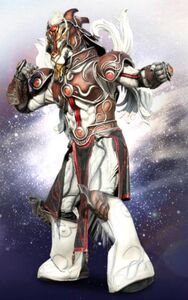 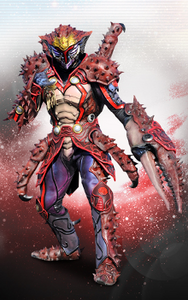 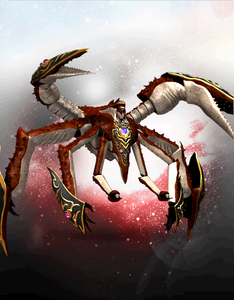