Fanning himself with his paper fan.

Nayzor is a General Org and a supporting antagonist in Power Rangers Wild Force. He is a green creature with a golden head that has only one eye. He is the archenemy of Merrick Baliton, the Lunar Wolf Ranger.

He was voiced by Ken Merckx.

Nayzor was revived by Master Org to destroy the Power Rangers and decided to unleash Zen-Aku in order to do so. He kept tabs on the Wolf Org while he sought to destroy the rangers and when he almost remembered his past, Nayzor used an insect to control Zen-Aku and keep his memories dormant. The Wolf Org gave the general the Animal Crystals he had obtained from the rangers and after Zen-Aku was changed back into Merrick, he used them to create the powerful Quadra Org. After becoming the Lunar Wolf Ranger, Merrick destroyed Nayzor and retrieved the Animal Crystals. Toxica then used his crown to briefly become a general herself named Necronomica, but the powers left her.

Later Master Org revived Nayzor in a powerful super form, allowing the general to easily take on the rangers until he was finally destroyed again at the hands of the Isis Megazord. Nayzor, along with the other generals, Mandilok and Retinax, was revived in his normal form during Master Org's Ceremony of the Org Heart. He was tasked with guarding one of the pillars involved in the ceremony, but failed and later took on all the rangers, alongside Mandilok and Retinax. Despite their combined power, Nayzor and the other generals were destroyed, but they were then integrated as part of Master Org's new Org form.

Being an Org General, Nayzor is quite powerful and wields a fan that can deflect projectile attacks and is also part of the Nexus Blade, the combined form of the Org Generals' weapons. He can also fire energy blasts from the orb on his chest. In his super form, Nayzor fought with a staff that had a pair of claws on it, identical to the ones on his arms and feet and could fire energy blasts from his hands and eyes. 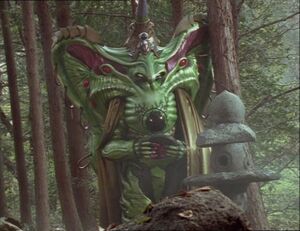 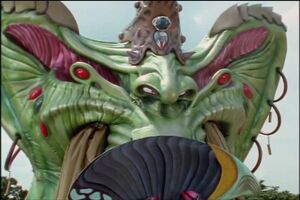 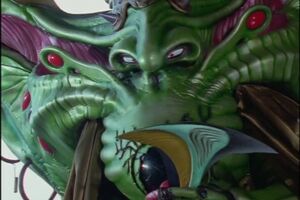 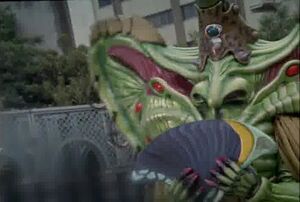 Retrieved from "https://villains.fandom.com/wiki/Nayzor?oldid=3551090"
Community content is available under CC-BY-SA unless otherwise noted.