The Nazis are the main antagonists of The Puppet Master series.

André and Elsa Toulon have now taken residence, a Wehrmacht lieutenant learns that Toulon's puppets are sentient. Toulon is arrested by the Gestapo, two of his puppets are confiscated and Elsa is murdered.

Toulon escapes and uses his puppets to avenge his wife. While in hiding, a fellow refugee reveals Toulon's location to the Gestapo, who infiltrate his hideout and force him to flee.

Assisted by his puppets, Toulon tortures Major Kraus, the man who killed Elsa and organized the several attempts to arrest Toulon. Afterward, he and a child refugee, Peter Hertz, flee to Geneva, Switzerland by train.

After reuniting Hertz with relatives, Toulon continues his travels to the Swiss border, taking shelter from rainfall at an unattended inn, where he tells his puppets the story of Afzel and of his Retro–Puppets.

Continuing his journey to the United States, Toulon takes shelter at the Bodega Bay Inn in Bodega Bay, California. The Gestapo, however, have traced his location and two soldiers are sent to the hotel to assassinate him. With the chest containing his puppets and secrets hidden inside a wall panel, Toulon commits suicide before the assassins can infiltrate his room.

Bodega Bay employee Danny Coogan discovers Toulon's body, along with his trunk of puppets, and begins taking care of them, eventually their secret. Coogan becomes jealous when his girlfriend, who also knows the puppets are alive, flirts with a man Coogan recognizes as one of the Gestapo who had come hunting for Toulon.

Coogan discovers the Gestapo are involved in a plan to bomb the United States, and with the puppets' help, Coogan resolves to stop them and creates a new puppet "Ninja" to aid the others in battle.

Danny Coogan, the teenage handicapped boy who found Toulon's puppet's, goes to rescue the love of his life, Beth, from being kidnapped from Klaus and kills two Japanese, and two Germans, but in the end, the puppets wind up helpless and stolen by the only survivor, Ozu.

Leaving Blade, Pinhead, and new recruit, Ninja, with the soul of Don Coogan behind. They will need to get their old puppet friends back, and defeat a few new ones along the way, such as the leader, Bombshell, Weremecht, Blitzkreig, and the only Japanese puppet, (living with the other's as Nazis), is Kamikaze, but he is not able to go over sea's and fight against the Krauts, but he may just get his wish by doing his bit right in China Town, California, with the help of a newly rebuilt Six Shooter. Even if he is fighting with and against 12-inc tiny terrors! 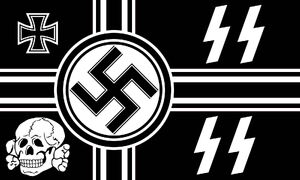 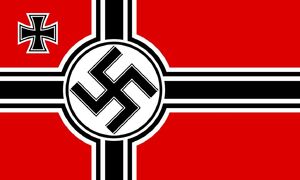 Add a photo to this gallery
Retrieved from "https://villains.fandom.com/wiki/Nazis_(Puppet_Master)?oldid=3890982"
Community content is available under CC-BY-SA unless otherwise noted.