Explosives Specialist of the CIA (formerly)

Antagonizing Ray and trying to break May.

Get revenge on Capt. Ray Quick by killing him following his dismissal from the CIA.

Serve the Leon crime family.
Help May Munro get revenge on the Leons for the murder of her parents in exchange that she will deliver Ray to him (all failed).

Ned Trent (formerly known as Colonel Trent and known as simply Trent) is the main antagonist in the 1994 film The Specialist. He is a very skilled but psychotic explosives specialist that was employed by the CIA, but after his betrayal of his former friend turned archenemy Ray Quick, who is a very skilled explosives specialist (more so than Trent), he turned into the personal right-hand man to the crime lord Joe Leon.

He was portrayed by James Woods, who also played Martin Walker in White House Down, Hades in Hercules, Falcon in Stuart Little 2 , Lester Diamond in Casino, Maximilian "Max" Bercovicz in Once Upon a Time in America, Captain Ahab in The Adventures of Moby Dick, Byron De La Beckwith in Ghosts of Mississippi, Dr. Phillium Benedict in Recess: School's Out!, and Gloomius Maximus in Rolie Polie Olie: The Great Defender of Fun.

Being Employed by the CIA and Betraying Ray

Trent is a colonel and an explosives expert who works for the CIA alongside Captain Ray Quick. During a mission to blow up a car carrying a South American drug dealer, Quick notices that the car is also carrying a young girl and tells Trent to abort the mission. However, Trent ignores this and decides to detonate the bomb anyway, forcing Quick to try and stop it in time. He fails and the car is destroyed, leading a furious Quick to severely beat Trent before resigning from the CIA.

Serving the Leon family and helping May

A few years later, Quick has become a freelance hit man in Miami while Trent has gained employment from a crime boss named Joe Leon. Following the incident in South America, Trent had been dismissed from the CIA and is now obsessed with getting revenge against Quick. Meanwhile, Quick decides to take on a job from a woman named May Munro, whose parents were once murdered by Leon's gangster son, Tomas, and who now wants him dead. May introduces herself to Tomas under the name Adrian Hastings and soon becomes his girlfriend, only so she can watch the hits on his men.

Leon and Trent contact the chief of police to place Trent in their bomb squad, and Leon entrusts Trent with the task of protecting his son. Trent forces May into a partnership with him so she can coax Quick out of hiding, but she fakes her death in an explosion that kills Tomas. Both Trent and Quick believe May to be dead and a furious Leon berates Trent for failing to protect Tomas, though he lets him live only so that he can find Quick and bring him in.

Following May's supposed funeral, Trent and his men hunt down Quick while May reveals to Quick that she is in fact alive. They make love in a hotel but she leaves first thing in the morning, claiming she cannot be trusted, only to bump straight into Trent. She makes up an excuse as to why she didn't let Trent know she was alive, then steals a phone to warn Quick. When Trent and his men reach Quick's hotel suite, Quick triggers a bomb which causes the entire suite to break off the building and plunge into the sea, killing many of Trent's men. Trent survives and takes May to Leon, telling him that she was responsible for killing his son. Before Leon can have her killed, Trent convinces him to let him use her one last time in order to find Quick.

The Final Confrontation and Death

Trent takes May to a dockyard where he believes Quick is hiding and forces her to phone him, intending to ambush him as soon as he hears her voice. Quick attacks him with several explosives, and he and May escape in a speedboat. Quick takes her to his booby-trapped warehouse hideout, rigged with pressure-sensitive mines hidden beneath the floorboards, but Trent tracks them there with a large bomb squad. He infiltrates the warehouse alone and holds Quick at gunpoint, preparing to deliver him to Leon so they can watch him die. However, as Trent approaches, he accidentally steps on one of the mines which blasts him back onto the staircase. Trent is killed in the ensuing explosion, which Quick and May escape just in the nick of time. 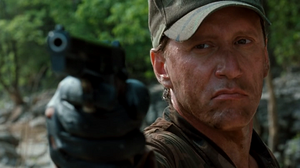 Ned turning on his CIA partner, Ray Quick, after Ned kills an innocent girl during their mission 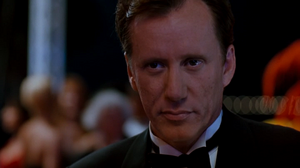 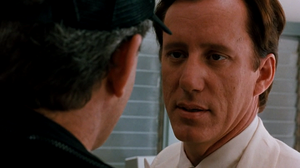 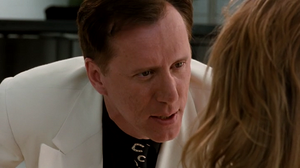 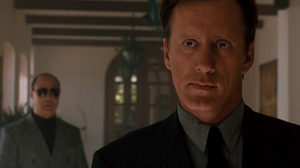 Ned being scolded by his boss, Joe Leon, for failing to protect his deceased son 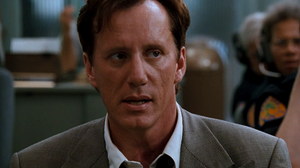 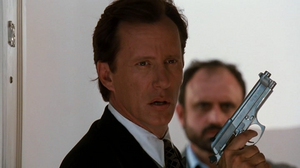 Ned and his men breaking into Ray's hotel suite 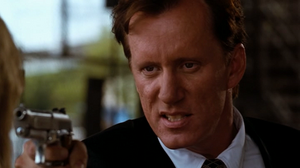 Ned forcing May to lure Ray into a trap, so that he can capture him 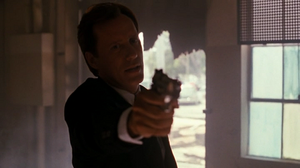 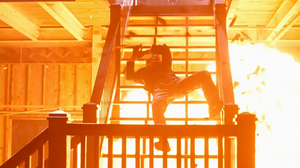 Ned killed in an explosion after stepping on a pressure mine
Add a photo to this gallery
Retrieved from "https://villains.fandom.com/wiki/Ned_Trent?oldid=3816762"
Community content is available under CC-BY-SA unless otherwise noted.