Villains Wiki
Register
Don't have an account?
Sign In
Advertisement
in: One Piece Villains, Pirates, Criminals,
and 13 more

Second in command of the Gasparde Pirates.

Kill Luffy, Shuraiya Bascùd, and anyone else that gets in his way (partially successful, then failed).
Eventually kill Gasparde when he gets the opportunity (failed).

He was voiced by Jūrōta Kosugi.

Needless makes his first appearance after Luffy saves one of Gaspardes underlings and encounters him alongside his captain, Gasparde, in a pirate lounge along with Shuraiya (where everyone else there has been killed). Gasparde shortly afterwards tells the henchman that he doesn't recognize people who are worthless to him. Needless then disposes the subordinate by tossing him over the side (although he survived the fall due to there being a body of water below). Needless would later restrain Luffy with one of his hooked claw weapons on Luffy's neck and is prepared to kill him when the ladder rudely declined Gasparde's offer to join his crew. However, he backs off when Gasparde tells him to let Luffy go as an advanced celebration of the race. Needless complies and backs off but almost accidentally steps on Luffy's hat. Luffy then tells him to move away and gets his hat back, to which Needless does so in a cautious manner. After Luffy explains his purpose to Shuraiya, Needless swiftly follows Gasparde out of the lounge.

Needless and Gasparde would then arrive at their ship, called the Salamander, where they encounter Adelle Bascùd and another crew member. After Adelle fails to convince Gasparde to give her friend, known as Biera, medicine (who is very sick), she grabs the gun from the underling and aims it at Gasparde. Needless prepares to kill her but stops when Gasparde tells Adelle that the gun is not a toy. Adelle then responds saying she'll use the gun to kill a pirate with a bounty and use the reward money to buy the medicine for Biera. The other crewmate objects saying that is insane. Gasparde, however, tells the underling to let him try (not knowing that Adele is a girl) and that there are a ton of rookies ripe for the killing tonight. He tells Adele if she succeeds, she can become a crew member on his ship. Adele asks if he really means it and Gasparde says back in his own words that "the head of any idiot would make me happy as a fish in beer".

During the beginning of the Dead End Race, Needless is still on the Salamander while carefully watching Shuraiya (it's implied that he is aware of Shuraiya's true motivations for joining Gasparde's crew). He would be seen after Shuraiya points out to Gasparde that their going off course from the rest of the ships. Needless appears near Shuraiya and glares at him while Gasparde explains to Shuraiya that this is just a game to cure his boredom (revealing that the race is rigged).

He and Gasparde would appear during a flashback before Shuraiya confronts both of them. It's later confirmed near the end of the film that Needles is aware of Shuraiya's intentions when Gasparde reveals that he figured out who Shuraiya was and why he wanted to kill him (this was due to Gasparde's crew raiding Shuraiya's hometown and killed his family, friend, and most of the residents on the island). Gasparde then says that Shuraiya seems like a good way to cure his boredom. He then says he would commit to it but Needless insisted that he would kill Shuraiya himself. Gasparde, content with that, says he'll simply sit and watch them fight it out. Shuraiya then says he doesn't care who comes first and Needless immediately attacks Shuraiya. After an intense fight, Needless is about to finish Shuraiya off (where he actually speaks for the first time in the film) but he dodges Needless attack where his hooked claw gets stuck in the rotor. Needless gets his hand free but leaves himself open allowing Shuraiya to strike him the head in the shovel and mockingly saying to him "later". He falls off the ship unconscious and drowns into the sea below.

One Piece: Episode of Chopper: Bloom in the Winter, Miracle Sakura

Needless' Appearance on a wanted poster 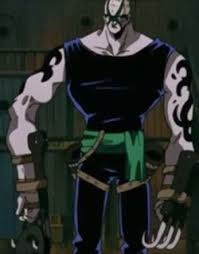 Needless unfazed after his right arm is broken 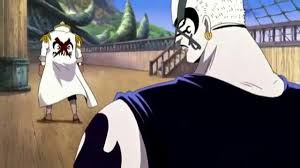 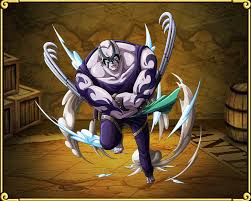 Needless in One Piece Treasure Cruise 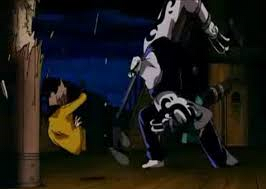