Raising an army of zombies.

Drain Athena's power to increase his own power and rule the world of the living (failed).

Neff, known as the Demon God (魔神 Majin) in Japan, is a demonic god from the Underworld who is the main antagonist of the 1988 beat 'em up video game Altered Beast.

Neff kidnaps Zeus' daughter, Athena, planning to use her and drain her power to become more powerful.

Zeus then revives a fallen Roman centurion, granting him the power to turn into different beasts, then commanding him to rescue his daughter. Neff uses his powers to transform into numerous monsters and attempt to stop the hero.

In the final battle at the Underworld's lost City of Dis where Neff presided over, the hero transforms into a golden werewolf, while Neff transforms into a bulky rhino. However, Neff is ultimately defeated, falling exhausted, while Athena escapes him and was finally free.

Neff is one of the four currently playable Altered Beast characters in SEGA Heroes. He appears in his rhino form.

Neff made a cameo appearance in the 2012 Disney film Wreck-It Ralph in his rhino appearance, where he is attend a villain conference with many video game villains (including Bowser, Dr. Eggman and M. Bison). 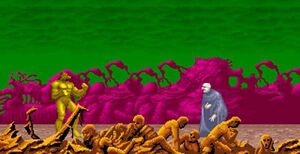 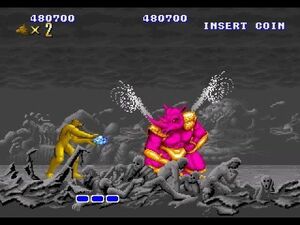 Neff in his rhino form. 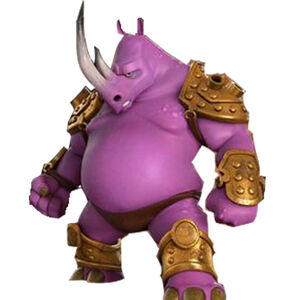 Retrieved from "https://villains.fandom.com/wiki/Neff?oldid=4135626"
Community content is available under CC-BY-SA unless otherwise noted.