Destroy all things that are good and positive.

The Negativitron is the main antagonist of the 2011 puzzle platforming video game LittleBigPlanet 2 and the mobile spinoff Run Sackboy! Run!. He also appears as a hazard in the 2012 fighting game PlayStation All-Stars Battle Royale. He is a giant vacuum cleaner who destroys others' creations. He is made of and fueled by negative emotions and actions and seeks to destroy everything that is good and positive.

He was voiced by Jeremy Mayne, who is the Audio Designer of Media Molecule studio. In PlayStation All-Stars Battle Royale, he was voiced by David W. Collins.

The Negativitron first appears in the tutorial/prologue of LittleBigPlanet 2. He sucks up the world and almost consumes Sackboy, but he is saved by Larry Da Vinci. Da Vinci reveals that the Negativitron has been attacking and consuming several creations and worlds, and that he is part of a resistance against him called The Alliance. Sackboy joins up with them and begins training.

Throughout the game, Sackboy and The Alliance battle Meanies , minions of the Negativitron.

The Negativitron returns in the level "Set The Controls For The Heart Of The Negativitron", where he attacks The Alliance's ship known as Huge Spaceship. They crash on the Negativitron's planet, which is presumably where everything he consumes is stored and may even be his main body. The Negativitron captures Avalon Centrifuge, and Sackboy battles through the Meanies on the planet to save him.

The Negativitron reappears as the main antagonist and obstacle in the mobile running game, where he appears out of nowhere and chases Sackboy through The Gardens, Avalonia, and The Canyons similarly to the demon monkeys from Temple Run. If he catches up to Sackboy, he will suck him up and kill him.

The Negativitron appears as a hazard on the "Paris" stage. He sucks up the environment of the stage until there is nothing left, then departs. He also performs three different random attacks: slamming his mouth down on the stage, sucking up players and spitting them back out, and randomly shooting plasma beams.

The Negativitron is vile and sadistic. He is a destructive and genocidal individual who is shown to laugh when attacking and destroying others and their creations. He is extremely determined and will chase The Alliance across the Craftverse to destroy them. He also believes he is indestructible and laughs in the face of oppression. However, this makes him extremely cocky and arrogant, often leading to him underestimating his foes.

The Negativitron appears as a hybrid between a vacuum cleaner, a dragon, and a robot. Inside his mouth is a swirling purple and black vortex. He also has oozing purple teeth and horns, along with four red serpentine eyes. His whole body is black with the exception of some purple lights on the tubing that makes up the rest of his body. The planet he is attached to is a jumble of in-game items, all with black, purple, and red color tints. 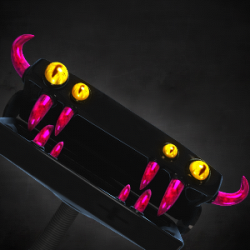 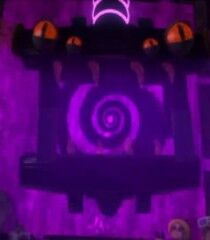 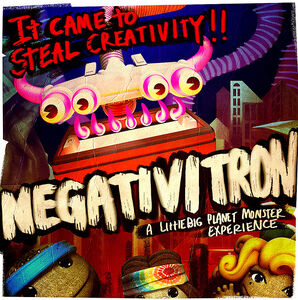 The Negativitron on promotional material 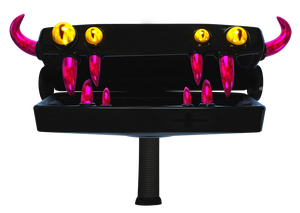 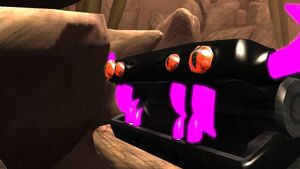 The Negativitron in Run Sackboy! Run! 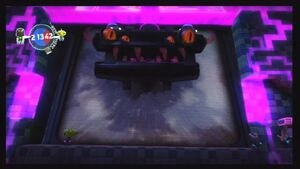 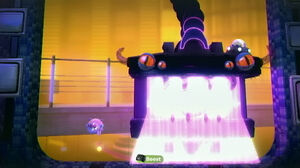 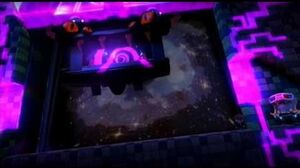 Retrieved from "https://villains.fandom.com/wiki/Negativitron?oldid=3891096"
Community content is available under CC-BY-SA unless otherwise noted.