Member of the TerraSave group

Secret member of The FBC (both formerly)

Obtain a sample of the Uroboros virus in order to initiate another terrorist act similar to the Terragrigia Panic in order to "save" humanity through fear in the name of his former boss Morgan Lansdale (failed).

Neil Fisher is the secondary antagonist of Resident Evil Revelations 2.

Neil Fisher was a member and mole within TerraSave, a civil activist NGO. He was also a former member of the FBC as he was supposed to be Morgan Lansdale's successor.

He was voiced by Yuri Lowenthal.

Neil was a member of the Federal Bioterrorism Commission, an American organisation set up to combat the bioweapons being used by terrorist organisations. In 2004, Il Veltro attacked European city Terragrigia, causing civilian deaths. After three weeks of tiring fighting, FBC commissioner Morgan Lansdale ordered the Regia Solis satellite to destroy the entire city. During the fighting, Neil joins the TerraSave group a mole for his boss. He rescued a little girl named Natalia Korda, after the slaying of her parents in front of her. He ensured her safe evacuation and gave her a teddy bear for comfort, before sending her to live with the group.

In 2005, it was discovered Lansdale was the one who engineered the t-Abyss Virus used by Il Veltro in the belief that by causing the escalation of terrorism the world would quickly prepare itself. The FBC was shut down and its equipment and personnel transferred to the BSAA. Neil however focused on his role in TerraSave, and remained a loyal soldier of Lansdale's, sharing his belief the Terragrigia Panic was for the greater good.

Following the 2009 Kijuju Autonomous Zone Incident, Fisher became greatly concerned over the threat Uroboros posed to the world. Two years later, he met Alex Wesker, a former Umbrella virologist who was in possession of the virus. Wesker's group was deep in research on the t-Phobos Project, the creation of a virus that would give superhuman abilities to an infected host. Possessing technology for digitising her own consciousnesses and transferring it into another person, Wesker required a successful superhuman candidate to achieve her desired goal. In exchange for a sample of Uroboros for use in creating a vaccine, Fisher agreed to help her complete t-Phobos. Test subjects could only be successful superhumans based on the levels of Norepinephrine hormones in their body, which required the person to be exposed to life-threatening events but not be overcome by fear.

Neil was Claire Redfield's boss. He was responsible behind the attack at the Terrasave Headquarters as he sold out his fellow Terrasave Members to Alex Wesker. He was infected with Alex's T-Phobos Virus as part of the agreement with her.

Neil quickly made his way around the island observing the success rate of the test subjects. In the end, only he, Claire and Moira were the last TerraSave subjects left. He also discovered Natalia was still alive, having been found by the women. Deciding she was indeed the candidate Alex was looking for, he snatched the girl off the street before they noticed he was there.

After putting Natalia in a chamber where she was to be put in life support for six months for her mutations and memory transfer to be complete, Neil encounters Alex and expecting her to give him a sample of Uroboros Virus as part of their deal. However, the woman betrays him by suddenly injecting him with the virus that she knew Neil was one of Lansdale's men and what he was up to if he had the virus. Claire and Moira watch their talk on one of the security cameras, leaving Claire heart-broken after finding out what Neil did.

Claire and Moira later encounters Neil in the Tower where the Overseer/Alex Wesker was supposed to be speaking to them from and fights him in his mutated, Tyrant like form. Canonically, he is dealt with by Moira's final blow with Claire's handgun thus overcoming her fear of firearms. 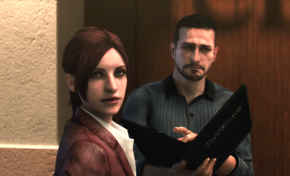 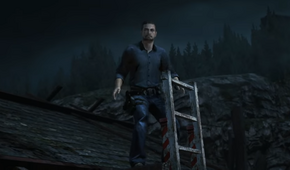 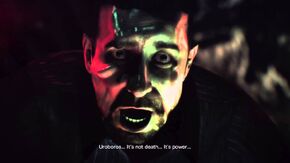 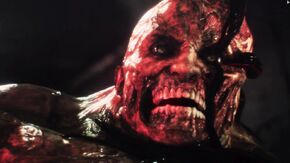 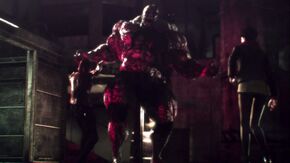 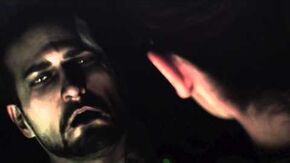