Get the money from Todd's Apartment (succeeded).

He was the owner of Kandy Welding Co who, along with his colleague Casey, had formerly been associated with drug lord Jack Welker and his White Supermacist gang.

The character was portrayed by Scott MacArthur, who also played Scotty Steele in The Righteous Gemstones.

Neil is shown to be a greedy, uncaring, sadistic and downright sociopathic individual who won’t care for anyone other than money. He is shown to enjoy Jesse’s captivity and isn’t even worried about them,

He also is shown to have a thrill over bets, betting 50 dollars with Kenny that Jessie won’t break his machine, which also shows a massive pride in his job, believing it to be amazing.

When meeting Jesse again, Neil is a egotistical and vain person who had a lack of care for even his own life, possibly either out of believing he will get caught by the police one day, or out of pure egotism over his abilities to kill Jesse.

Neil Kandy grew up to become a criminal torturer. He owned Kandy Welding Co. and helped his employer Jack Welker in makeshifting the latter's meth lab - henceforth becoming associated with Jack's gang in the process. Soon enough, Neil joined Jack's nephew Todd Alquist and their gang member Kenny in tormenting Jack's prisoner Jesse Pinkman. Later on, Neil and his colleague Casey were not present when all of Jack's gang members including Kenny were wiped out by their former crime boss Walter White - shortly before Jack himself is executed by Walt no sooner had Todd been killed by Jesse.

Not long after Jack and Todd were killed in the skirmish with Walt, who later died from his injuries, Neil and Casey disguise themselves as police officers investigating Todd's apartment in order to find his drug money. They find Jesse, who came for the same reason, and take him as a hostage. Jesse persuades Neil to give him the third of the money, stating that if Neil kills him, he would have to kill any other witnesses. Afterwards, Jesse spots Neil getting into his truck from Kandy Welding Co. and realizing that Jesse was the prisoner he helped torture at Jack's compound.

Learning that he needed $1,800 more dollars to pay the "Disappearer" Ed Galbraith for his criminal involvement, Jesse tracks down Neil and Casey who were holding a party with their coworkers to celebrate their ill-gotten gains. Jesse asks Neil for the remaining money he needs Casey becomes angry learning that Neil lied to him and said they'd split the money between themselves. Neil starts mocking Jesse's Colt Woodsman and offers him the location of his third of the money with Jesse doing the same. Neil suggests that they do a Wild-West-style duel to determine who will get the money. Jesse accepts the duel and as Neil draws his gun, Jesse shoots him several times with a second gun he had hidden in his jacket pocket. Jesse then uses Neil's gun to kill Casey, scaring off Neil and Casey's friends. After killing the corrupt employees, Jesse blows up the building in order to cover up his tracks, destroying Neil and Casey's corpses. Jesse takes Neil's third of Todd's money which proves to be more than enough to finish paying to take Jesse to a new life in Alaska. 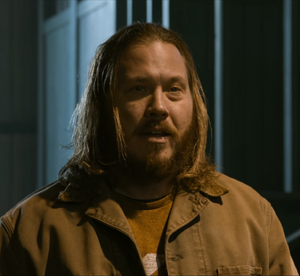 Neil in a flashback. 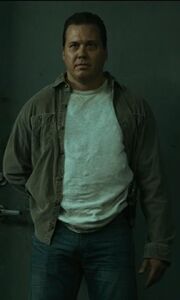 Neil during the duel 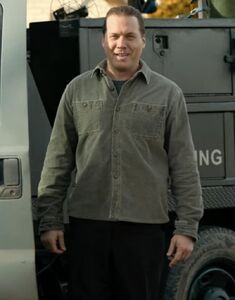 "I was wondering when you were gonna remember me."