Have Rito all to herself, Activate the "Darkness" inside Golden Darkness (failed), plunge the whole universe in state of chaos and darkness and push the galaxy to the brink of destruction

Nemesis, also known as Master Nemesis, is the main antagonist in To Love-Ru: Darkness. She is a bio-engineered weapon, like Golden Darkness and Mea Kurosaki, but does not share their genetic origins. She is a cruel, cold and heartless, under the mask of an innocent child person, she's a psychopath that shows no respect for any life in the universe.

She is a woman of small stature, with dark skin, long black hair eye color and yellow color. In her appearances she has appeared in a black dress and a Yukata black.

It is unknown as is her personality because of the few appearances that she had, but is believed to have a dark and cold personality.  She is also sadistic and perverted apparently also something like Mea has sexual feelings for Rito. She is very childish and selfish, she is able to kill his entire life on a planet only to complete her goal, she is always shrouded in an eerie ee dark atmosphere, it does not show any remorse for all her actions.

Nemesis is said to be the only survivor of the tragic failure of Project Nemesis, a different experiment from the project that created Golden Darkness. Mea remembers that Nemesis came to the fallen organization where she found Mea and decided to raise her. At that time, both their physical condition were unstable and Nemesis used her ability to fuse with her to stabilize herself. Nemesis always created images of herself to make Mea believe that they are both speaking to each other as separate people, and Mea was unaware that Nemesis existed insider her body.

In To Love-Ru Darkness, the voice of Nemesis is introduced in Chapter 1, when several students having controlled the institute uses to attack Rito, after having been defeated all students by Yami and Momo manifested by Saruyama, telling Yami that does not belong to the earth. Nemesis taught Mea that the purpose of a Transformation Weapon is to kill. She also taught her about her sister, Golden Darkness, whom they came to Earth to bring back into space as who she was before.

She is Mea's master, whom she gives orders and uses to observe Yami's changes and recent life. At the beginning of To Love-Ru Darkness, her original plan was to make Yami return to being the heartless assassin she was before arriving on Earth and she convinced Mea that this was the only life they were meant to live as weapons. But after allowing Yami and Mea to pursue and become further swayed by their newfound friendships on Earth, it is revealed that her true objective is to make Yami use a transformation ability called "Darkness", a currently unseen ability unique to Yami. Due to her catalyst-like role in the overall plot, she is often considered the main antagonist of To Love-Ru Darkness.

Because she wants Yami to join her and become an assassin again and wants Rito for herself (as her servant) because of his ability to influence Yami and Mea, Nemesis is essentially also the direct antagonist to Momo's plan to include Yami, various other girls and herself into a harem for Rito.

Her real name is unknown and the name 'Nemesis' is based from Project Nemesis, a weapon project that was Nemesis, also known as Master Nemesis, is a character introduNemesis is a petite-looking girl with long black hair, golden eyes with vertical silt pupils and tanned-skin. Based on her physical appearance, Rito had mistaken her as a little girl. However, she can change her appearance into anything she desires, such as a crow or a cat, or change her herself into a well-endowed adult woman. She has taken to giving herself cat ears often.

Few of Nemesis' powers have been fully revealed in detail, but it appears that her primary ability is a Transform ability called Transfusion, which allowed her to fuse her mind and body with Mea. She has also demonstrated the Transformation ability to shapeshift her body, much like Golden Darkness and Mea, but it is currently unknown if these abilities are borrowed from Mea's body, or if she is capable of using them on her own. 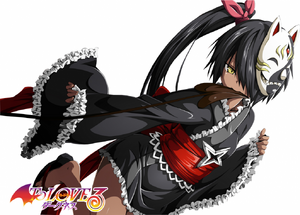 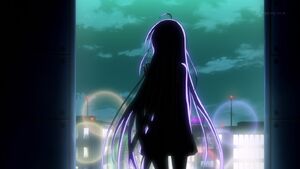 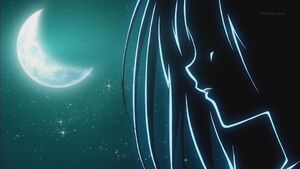 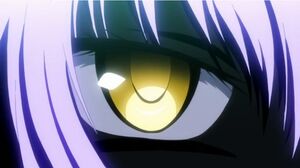 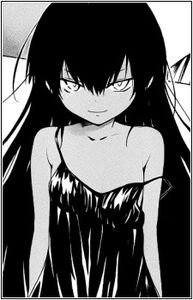 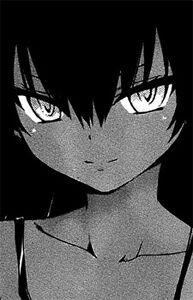 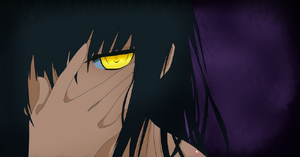 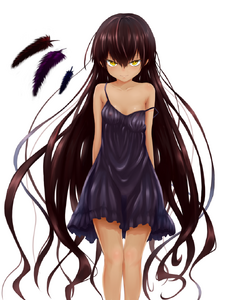 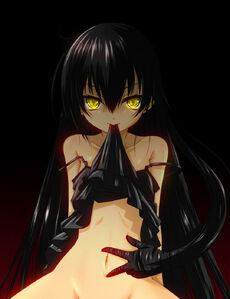 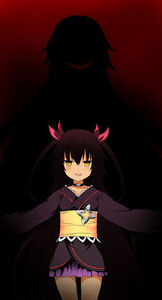 Add a photo to this gallery
Retrieved from "https://villains.fandom.com/wiki/Nemesis_(To_Love-Ru)?oldid=3551111"
Community content is available under CC-BY-SA unless otherwise noted.