Conquer the world for mutants.

Mutant Terrorists
The Neo-Human Empire Phantom Army are an underground society of mutants promoting supremacy over humanity and the main antagonistic faction of the Inazuman TV series.

Believing that the Earth's resources are limited and that in several years there will be famine and not enough food to sustain anyone, the Empire seeks to subjugate all of humanity so the Neo-Humans can claim the Earth's resources for themselves. Their goal is to conquer the Earth and create a new world order where mutants reign.

The military wing of the Neo-Human Empire is the Phantom Army, who are responsible for carrying out terrorist attacks in the name of undermining human society. Their objective is to pave way for the mutants to rise up and take over society.

However, the Neo-Human Empire faces resistance from Goro Watari, a powerful mutant able to become the electric warrior Inazuman. Inazuman and his allies, the Youth League, fought to defend humanity from the attacks of the Neo-Human Empire and their army of Mutant Creatures.

The main fighting force of the Phantom Army are its Phantom Soldiers, who serve as the Army's expendable soldiers and cannon fodder and often assist its Mutant Creatures. They are clad in military uniforms and gas masks with Wehrmacht-like helmets. They are mainly armed with claws attached to their right arms which are capable of firing off as a grappling hook.

Neo-Human Scientists resemble Phantom Soldiers, but wear white uniforms along with white helmets with blue crosses and do not carry weapons. They are responsible for overseeing the scientific endeavors of the Empire, including performing surgery on mutant humans to convert them into cybernetic Mutant Creatures.

Mutant Creatures are the commanders of the Neo-Human Empire, responsible for leading the Phantom Soldiers and spearheading Phantom Army attacks. They are mutant humans who have undergone surgery to be converted into cybernetic Neo-Humans, willingly or otherwise, enhancing their psionic powers and giving them monstrous forms. 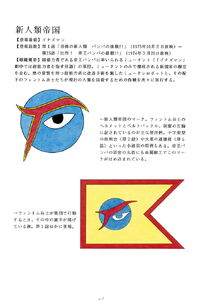 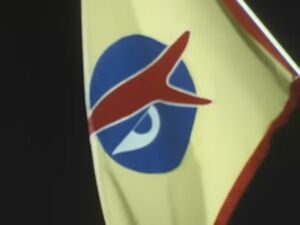 A flag displaying the mark of the Neo-Human Empire. 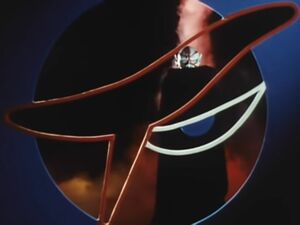 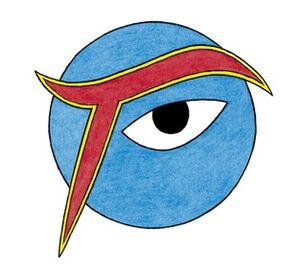