Oppressors
Neo Arcadia is an organization which governs the gargantuan metropolis of the same name and the main antagonistic faction of the Mega Man Zero video game series.

Neo Arcadia was originally formed during the Elf Wars by the original Mega Man X to provide support to the refugees and survivors of the war. After the Elf Wars ended and nearly all of the planet was left in ruins, Neo Arcadia gathered most of the remaining humans and Reploids together in the massive domed city they had built, also called "Neo Arcadia". Because of the Eden Dome that had been built around the city, it remained one of the few remaining habitable places on Earth and became a place where both humans and Reploids lived together equally.

After X, the ruler of Neo Arcadia, sacrificed himself to seal the Dark Elf inside his body, a copy of Mega Man X was created by Ciel to replace him, with only a few high-ranking officials within Neo Arcadia being aware of the switch. The Four Guardians were also constructed around this time to defend the city from Maverick uprisings.

However, in contrast to the egalitarian ideals of coexistence between humans and Reploids that the city was founded on, Copy X determined that humanity's well being was important above all and that Reploids must be oppressed to ensure humanity prospers. Reploids began being subjugated and used as a workforce to provide for the human population. When Neo Arcadia was faced with an energy crisis, Copy X had the energy supply to the Reploids cut off and redirected to the needs of the humans. Any Reploids who spoke out against the changes and unjust treatment were labeled "Mavericks" and, after being put through a mock trial under the Eight Gentle Judges, were terminated.

Eventually, Reploids began to flee the city, aided by Ciel, and formed a resistance to fight against the tyranny of Copy X and the Four Guardians. Ciel would later find and release Zero, the partner of the original X, who would lend his power to the Resistance to fight against Neo Arcadia's oppression. Zero managed to defeat each of the Four Guardians and deal a crippling blow by destroying Copy X.

However, the higher-ups at the Neo Arcadia kept Copy X's demise a secret, with Sage Harpuia of the Four Guardians becoming acting leader. While Harpuia kept Copy X's policies in place, he did not antagonize the Resistance and left them alone so long as they weren't aggressive towards Neo Arcadia. Despite this, when Elpizo became leader of the Resistance he sought to destroy Neo Arcadia and led an assault known as "Operation Righteous Strike" on the city. The assault was fought off by the Four Guardians and would have ended in the destruction of the Resistance if not for Ciel and Zero. Later, with the aid of the powers of the Baby Elves, Elpizo managed to break into Neo Arcadia's Yggdrasill sanctum and freed the Dark Elf, seeking to use its power against the humans, but was defeated by Zero. However, the Dark Elf remained loose.

Ciel later invented a new energy system known as the "Ciel System" which would fix the energy crisis Neo Arcadia was suffering and end the need for Neo Arcadia's oppressive policies against Reploids. However, it was at that moment that Dr. Weil, the infamous scientist responsible for the Elf Wars, resurfaced and rebuilt Copy X. In exchange, Weil was let back into Neo Arcadia, whose population was largely unaware of his crimes, and became Copy X's top advisor. Dr. Weil aided Neo Arcadia in their attempt to capture the rogue Dark Elf, though unbeknownst to them he sought the Dark Elf for his own dark ends. The Dark Elf was eventually captured with the aid of Weil's ultimate creation, Omega. After the Dark Elf was contained, Copy X demanded the Resistance surrender and hand over the Ciel System to Neo Arcadia, but Ciel refused.

Soon after, Copy X was killed in a battle with Zero set up by Weil, and Weil seized power in Neo Arcadia. Weil combined the Dark Elf with Omega and attempted to use it to take control of every Reploid on the planet and make them his slaves, but his plan was foiled when Zero destroyed Omega. The Mother Elf was freed from her corrupting and left to find a place where Weil couldn't abuse her powers.

Despite this, Weil remained in power and his rule soon proved even more oppressive than Copy X's. Anyone who voiced dissent against his rule, human or Reploid, was labeled a "Maverick" and immediately executed. People eventually began to flee Neo Arcadia to find a place free of Weil's tyranny to settle. They eventually discovered Eurasia in Area Zero, a space colony that had fallen out of orbit but had its seal stay intact, allowing it to remain habitable. Upon hearing that the refugees from his rule were attempting to settle in Area Zero, Weil launched "Operation Ragnarok", a series of military operations against Area Zero spearheaded by the Einherjar Eight Warriors with the goal of rendering it lifeless so all surviving humans would be forced to stay in Neo Arcadia and submit to Weil's regime. Weil's end goal was to use the Ragnarok satellite cannon in space to completely destroy Area Zero. However, after hearing the words of Neige, Craft, the leader of the Einherjar Eight Warriors, directed Ragnarok towards Neo Arcadia instead, seeking to kill Weil, and fired it, destroying the city but failing to take out Weil. The Resistance quickly moved in and evacuated the city while Zero destroyed Craft. Weil attempted one last time to destroy Area Zero out of spite by having Ragnarok fall on Area Zero, but Zero foiled his scheme and killed Weil once and for all. 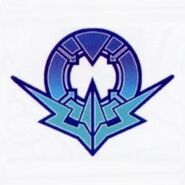