He was voiced by David Warner in his first two appearances and later voiced by Martin Jarvis in his other appearances.

He is a neurotic demon named after the Babylonian deity who lives alone in the center of the Earth and desperately desires "friends". In his first appearance he kidnapped Billy and Mandy and forced them to play with him forever, but Grim helped them escape. In his second appearance, "Something Stupid This Way Comes", Nergal creates a magical carnival to attract company, and Billy offers to help him make friends by being nice to others, which Nergal has never tried before. However, he fails to correctly follow the advice and in the end decides that friends need to be made by force, and then transforms everybody (including even Mandy) into mindless demonic creatures similar to himself before subjecting the front of the screen where the "viewer" is to the same effect. This is one of the darkest endings in the series, and is never addressed again.

Nergal's third appearance was in "Love is Evol Spelled Backwards". Nergal emerges from the center of the Earth to torment Billy and Mandy once again, only to meet Billy's miserable Aunt Sis, who has never known love in her life and is visiting at the time, and falls in love with her. To avoid becoming related to Nergal, Billy attempts to stop the relationship, but in a subversion of common plot threads fails and Nergal and Aunt Sis get married. In future episodes, they have a son named Nergal Jr., who becomes a recurring character himself. 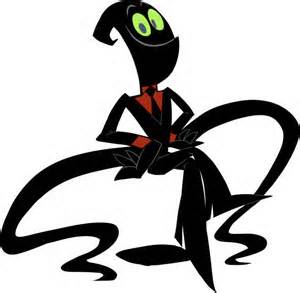 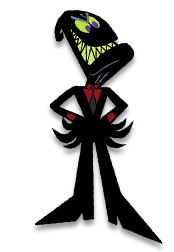 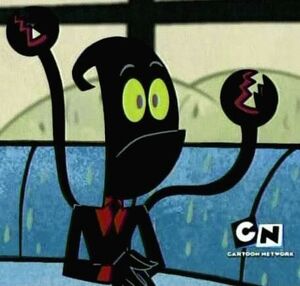 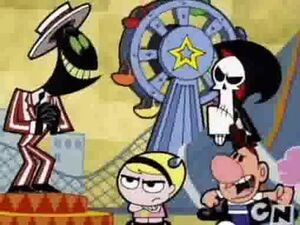 Retrieved from "https://villains.fandom.com/wiki/Nergal_(The_Grim_Adventures_of_Billy_%26_Mandy)?oldid=3885566"
Community content is available under CC-BY-SA unless otherwise noted.