To take over Futago Pass (failed)

Nero is a villain in from Ginga Densetsu Weed. He is the leader of a small pack in the Northen Alps.

He have black and white fur. Nero's left eye is navy blue, where his right eye is sky blue. Nero is rumored to have a fiery temper, and is said that his fangs could bite through metal when he's mad.

He was voiced by Ryō Naitō.

Even though he is the boss there, he's under the reign of the Great Dane Hougen. One day Nero's minion GB brings home some stray puppies. That very same day, Hougen came over to check up on Nero. When he discovers the puppies, he suspected that Nero is keeping females from him and orders Nero to prove his loyalty by killing the small puppies.

Terrified, Nero obeys the command and GB could do nothing but watch in fear as the puppies were slaughtered right in front of him. The English setter GB and the Shiba Inu Sasuke stay in his pack for awhile, but decide to leave it after meeting the young puppy, Weed. A short time after the loss of his two minions, Nero meets Gin, Akame and John, but gets defeated by them.

Shortly after, Hougen returns and Nero tell him of Gin. Nero tells Hougen that Gin said he would rip his legs off and urinate on his face if Nero tried to kill him, Hougen then orders his pack to rip off Nero's paws while Hougen urinates on Nero. Nero dies shortly afterwards.

Nero is the alpha male in the Northern Alps. He's the boss of GB and Sasuke, whom he orders to steal ducks from a farm. Before Blue dies, he mentioned that he has been in contact with Nero but no information is given as to what the contact was about. In episode 6, Nero and his dogs are busy beating up Hook for entering their territory, when Gin, Akame and John show up and save Hook. Nero and his pack quickly flee, and report to Hougen, who is angered by Nero and his pack for fleeing without a fight. Unlike in the manga Hougen kills Nero by slashing his neck as a punishment for being a coward. 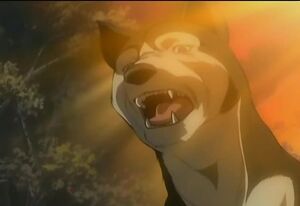 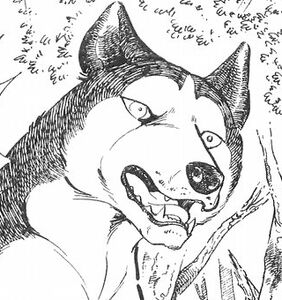 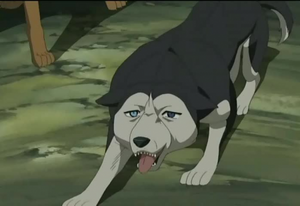 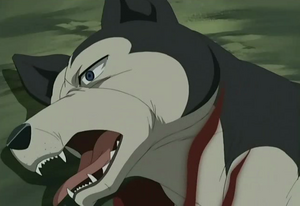 Retrieved from "https://villains.fandom.com/wiki/Nero?oldid=3788602"
Community content is available under CC-BY-SA unless otherwise noted.