Nero Kilner's head is a pink tapir head with white mohawk and golden hair, his body is pink and white with a Gangler safe on the middle, his right shoulder is a pink tapir head with a white spine for a nose, his pink arms has black Zs on them, his hands are black and gold, his skrit was black with golden donuts on it, his pink legs has big Zs on it, his pink and white tapir feet is wearing black sandals with a golden collar over the feet, his weapon is called the Nemuransu is a red staff with a golden donut blade engraved with 4 smoking tapir heads.

Nero Kilner made his first appearance at the docks of Japan where he'd used his Nemulance as he put four people into a dream like sleep.

A while later he was at the Ganglers Mansion where he'd explained his plan to his boss on how to conquer earth even though it was a dull plan Dogranio Yaboon doesn't mind at all just as long it gets the job done.

A while later he was at the docks where he fought the cops and thieves a while later he managed to put the 3 cops and Lupin Yellow into the dreamworld. However thanks to Lupin Yellow into singing a song to Patren1gou he managed to snap out of it and fired his gun in the sky thus destroying the dream world that Nero Kilner made and freeing everyone from their. However while Nero was complaining on how they destroyed his Dreamworld he was unknowing letting Lupin Red to gain access to his safe (which his password is 6-0-3) and stole Long,long et long (which translate as "Long, Long, long") expanding sword after that he was taken out by PatrenUgou.

However thanks to Goche Ru Medou he was then enlarged and battled Pat Kaiser Biker after that he was then destroyed by this finisher called PatKaiser: Lock-Up Strike. 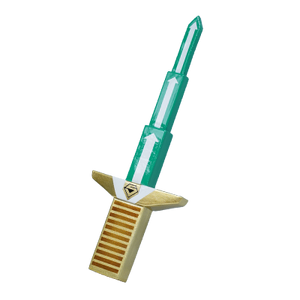