Accept the truth about his father and accept Peter's apology.
Help Spider-Man/Peter Parker defeat Venom and Sandman (both succeeded).

He is the son of Norman Osborn/Green Goblin and the best friend of Peter Parker. However, Harry follows in his father's evil footsteps and becomes the New Goblin, the second incarnation of the Green Goblin who is determined to kill Spider-Man, whom he deems responsible for his father's death.

He was portrayed by James Franco in his first villainous role, who also played Alien in Spring Breakers, Gator Bodine in Homefront and Christian Longo in True Story.

Not much is known about Harry's early years. His mother died when he was a child, leaving him to be looked after by his father, Norman, who had little time for him. He flunked many private schools which Norman paid for, and he wished to downplay his wealth and privilege to his classmates. Harry also became best friends with Peter Parker whom he protected from bullies. However, there are several hints that he was also using Peter to impress his classmates.

Although not by name, Harry is mentioned a couple of times throughout the film. When his father arrives in Earth-199999, due to Doctor Strange's botched spell moments before his death in Earth-96283, one of the first things he does is seeking Harry, only to find that their penthouse belongs to another person and Oscorp doesn't exist. Norman later mentions this to Peter and May after the latter allows him to stay at the F.E.A.S.T. building.

Harry is later mentioned when Ned Leeds asked Peter from Earth-96283 if he had a best friend, only for Peter to sadly answer that he did and how Harry died in his arms despite trying to kill him some time ago, remarking how hurt he was of losing his friend and leading Ned to reaffirm his loyalty to the Peter of Earth-199999. This implies that despite all the problems he had with Harry, Peter never forgot about him and still considers him to be the best friend he ever had. 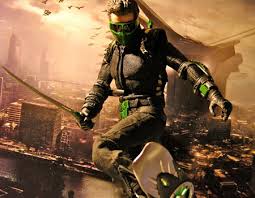 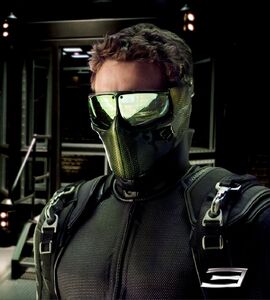 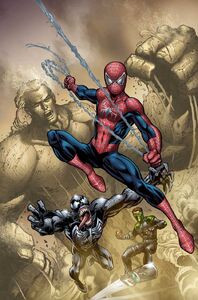 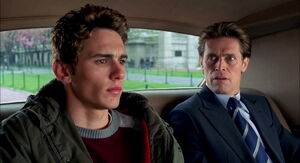 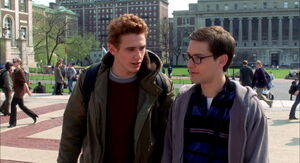 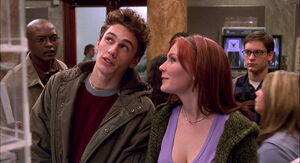 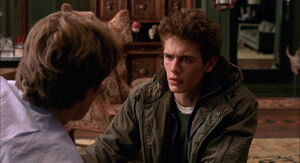 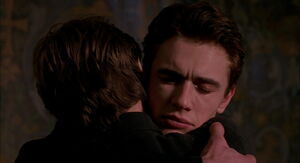 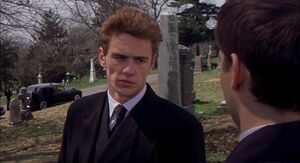 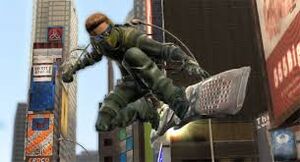 The New Goblin in the Spider-Man 3 video game.