Villains Wiki
Register
Don't have an account?
Sign In
Advertisement
in: Spider-Man Villains, Friend of a Hero, Movie Villains,
and 53 more

The son of Norman Osborn/Green Goblin, he was a friend of Peter Parker, but he followed in his father's evil footsteps and became the New Goblin, the second incarnation of the Green Goblin who is determined to kill Spider-Man, whom he deemed responsible for his father's presumed murderer.

He was portrayed by James Franco, in his first villainous role.

Not much is known about Harry's early years. His mother died when he was a child, leaving him to be looked after by his father, Norman, who had little time for him. He flunked many private schools which Norman paid for, and he wished to downplay his wealth and privilege to his classmates. Harry also became best friends with Peter Parker. 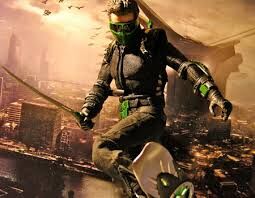 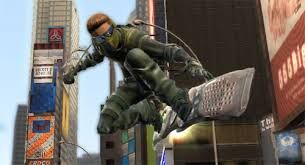 In the Spider-Man 3 video game.

New Goblin prop as seen in This Is The End film