Various depending on members and environments they are subjected to.

We deal here primarily with the forest nexu, as appears in the film. 4.5 meter long furry quadrupeds standing a meter high, the nexu's overall build is feline. A large head holds two sets of eyes, and a wide mouth with numerous sharp teeth; each paw had long, sharp claws, and quills run the length of the nexu's back down to a long, bifurcated tail. Overall colouration is tan or sandy, with darker camouflage markings, and cubs are born pure white.

The nexu, in keeping with its feline appearance, shares their excellent reflexes, agility and speed, although such exertion means they tire easily.

Native to the chilly forests of the Indona continent on the planet Cholganna, the forest nexu is a capable arboreal predator. Its long, bifurcated tail allows it to swing from branch to branch, the two ends allowing a better grip, and its claws dig into trees for climbing.  Although other breeds of nexus exist on Cholganna's other continents, only the forest nexu has an additional set of eyes, able to view in infrared wavelength, which aided in hunting bark rats and tree-climbing octopi.

Nexu attack fast, aiming to kill quickly. The nexu's claws are quite capable of slicing a Human in half, and their wide mouths will bite and hold a victim, the nexu shaking its head violently in order to break its victim's neck. A particularly stealthy variety is the black nexu; this species is also one of the rarest.

Nexu are commonly exported off-world, but being too dangerous for zoos and hard to train, most are destined for arena combat, their natural ferocity being very popular with spectators.

The forest nexu is one of the beasts that Anakin Skywalker, Obi-Wan Kenobi and Padmé Amidala face in the Execution Arena on Geonosis, and is killed when Anakin steers another beast, the large and bovine reek, into it. 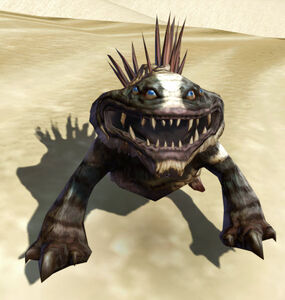 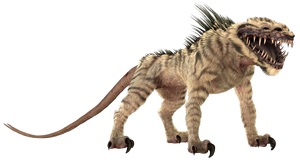 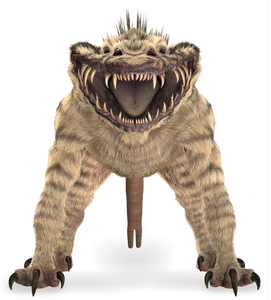 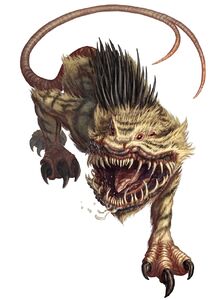 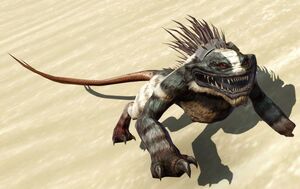 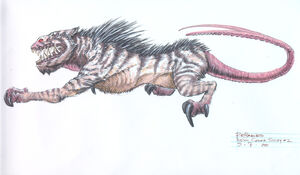 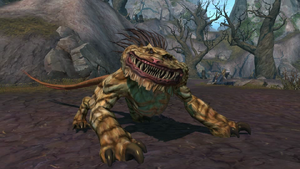 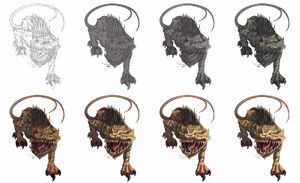 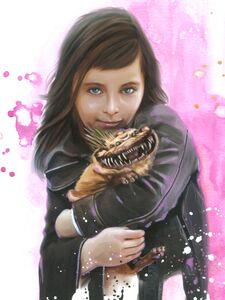 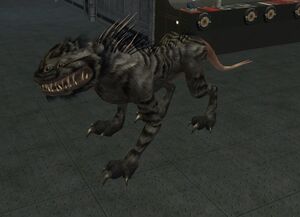