Use the C4 bomb to destroy Raccoon University and Raccoon General Hospital.

Delta Platoon - which he was assigned to - suffered heavy casualties, with only he, Corporal Carlos Oliveira and Captain Mikhail Victor surviving; Upon the inclusion of former S.T.A.R.S. member Jill Valentine into the group, he encountered the Nemesis T-Type Tyrant (though it's unknown if he had direct contact, saw or was just informed of the Tyrant). Nicholai realized it was after S.T.A.R.S members (specifically Jill Valentine) and that it would kill anything that would interfere with it's mission. Also realizing that facing it was suicide, Nicholai decided to fake his death in order to continue his mission while not interfering with the Nemesis'. The group prepared for evacuation to the Saint Michael Clock Tower. Before the tram could be started however, Nikolai was either attacked by zombies or trapped inside the gas station (his fate may change depending on where the player finds Carlos). Either way, his plan worked and everyone believed him to have perished, allowing him to continue his mission uninterrupted. 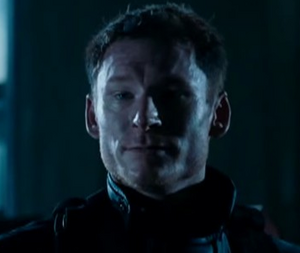 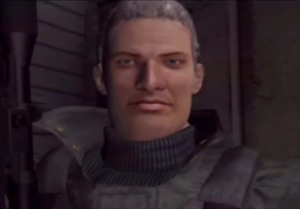 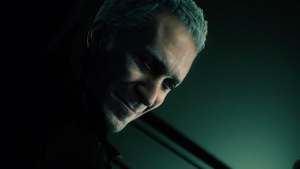 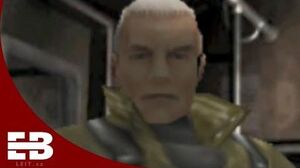 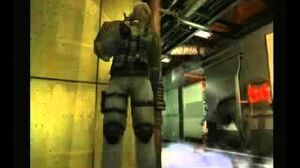 Retrieved from "https://villains.fandom.com/wiki/Nicholai_Ginovaef?oldid=3593576"
Community content is available under CC-BY-SA unless otherwise noted.