Scheming.
Antagonizing his enemies and targeting his mother Dot.

Kill his mother and obtain money by deception (ultimately failed).

Kill Reg Cox and get his war medals (succeeded).

Nick Cotton is a fictional character and one of the central antagonists of the BBC British soap opera EastEnders. He made his first appearance on February 19th 1985, the very first episode from the show, and served as a recurring antagonist in his many stints up until the character was ultimately killed-off on February 13th 2015.

He is portrayed by actor John Altman.

Nick Cotton was born as the son of his kind mother Dot Cotton and imperfect truck driver Charlie Cotton. During his growing up Nick began to develop a vexatious and troublesome personality and was prone to trouble. In the first episode (first aired in February 1985) the body of an elderly man named Reg Cox is found, and he later dies in hospital from injuries in which he was beaten up. Nick was the killer, although at the time Nick's involvement was unknown, he was however a suspect and Nick was arrested a couple of months later but released due to lack of evidence. In 1989 Nick would confess that he killed Reg to Den Watts whilst in prison.

Throughout the next few years Nick appeared as a semi-regular, causing havoc in his wake every time he visited the Square. In 1990, he returned claiming he was a born again Christian, but this was a ploy to earn his mother's trust as he learned she won money on the bingo. He plotted to murder her, but at the last minute stopped her eating a tabled laced meal he prepared for her (although she had worked out he plotted to kill her when warned by Charlie Cotton and friend Ethal). Nick left the square and Dot broken hearted over what he planned to do to her.

In 1991 Nick returned again with a heroin addiction and Dot was determined to reform him. Dot locked him in a room to go "cold turkey" but Nick grew paranoid overtime and suffered cravings. He broke out and murdered Queen Vic landlord Eddie Royle. A witness implicated Nick in Eddie's death and he stood trial in 1993, but was later found not guilty.

Nick introduced his wife Zoe and young son Ashley to Dot and they all moved away together in August 1993. But in 1997, Dot returned to reveal Nick was arrested for drugs possession, and that Zoe left him with Ashley. In 1998 Nick broke out of prison and told Dot he had AIDS in order to con more money out of her. Although she was close to giving him the money, she realized his lies and had him arrested and sent back to prison.

In 2000, Nick was released and reconciled with Ashley and both of them arrived back in Albert Square. He reignited his feud with Mark Fowler, but during this Nick ended up in a wheelchair when he fell from a viaduct. Nick returned three months later with crutches and wanting to get back at Mark sabotaged his motorbike. But this led to Ashley's death, because after the lad had stolen the bike it crashed and he was killed instantly. Dot threw him out after finding out Nick tampered with Mark's motorbike, saying she will never speak to him again.

Despite the incident with Ashley there was a chance of Nick having reconciliation with his mother. In 2005, he was diagnosed with cancer when in prison and Dot went to visit him (off-screen) for support.

On Christmas Day 2008, Nick, seemingly cured from his spine injury eight years prior, turned up on Dot's doorstep with his apparent 7-year-old daughter Dotty. He claims to his mother that Dotty's mother had died due to alcoholism. However, Dotty's real name was Kirsty it was soon became clear that Nick was back to his old ways; once more he plotted to have Dot killed for her inheritance.

In June 2009, he tries to get Dotty to poison Dot whilst he is at the pub, however, the girl decides against it and tells Dot what was happening and later laces Nick's drink with the pills. Nick gets angry at his daughter's betrayal and attempts to flee Albert Square. He bundles her into a car but crashes it and drags her into the cafe and holds it hostage. But the chip pan catches fire, and Nick is caught in the blaze whilst everyone escapes. The next day Nick reveals to Dot that he is still alive, and he departs once again but warns his mother that Dotty is evil.

In March 2014, Nick was revealed to have apparently died from a drug overdose whilst living in a squalor. Dot was told the news by police officers, and one of the 'officers' came back to reveal he was Charlie Cotton, Nick's son. Nick was then presumably cremated, although his mother Dot wasn't allowed to see the body. Exchanges between Charlie and the Undertaker seemed to hint that Nick wasn't dead.

Later in the year, it was revealed to viewers that Nick was in fact still alive, and that Charlie and his mother were on the run from him (for unknown reasons). In September 2014 Nick's presence was felt when he had smashed up Charlie's car, and sent him a text confirming it was him. The following month, Nick returned and began stalking his mother. On Halloween he revealed himself to still being alive, and revealed that he had taken part in a robbery and was on the run with the help of Charlie. Declared deceased, he was now living under the alias of Reg Cox.

Nick was thrown out by Dot in the New Year for putting Charlie's wife Ronnie Mitchell in a coma by cutting the breaks on her car. He began squatting in a burned out house (which coincidently Reg Cox lived in when it was flats). Nick had began to go back on the heroin, and needing a fix got Dot to collect the drugs from a dealer. However the gear was dodgy and Nick fell seriously ill. He asked Dot to call for an ambulance, but she refused, having realised that he would never change his ways and wanting Jesus to decide his fate. Accepting his impending death, Nick passed away in his mother's arms, apologising to Dot for all the years of pain he had caused her.

A few days later, Nick's corpse was discovered by Stacey Slater, Martin Fowler and Kush Kazemi. Ironically, the three found Nick's body the same way Den Watts, Arthur Fowler and Eli Osman found Reg Cox 30 years earlier. Although some residents offered to cover up the death, Dot phoned the police and handed herself in. Nick's body was then taken away. His funeral took place in June 2015, with only his son Charlie, Roxy Mitchell and his grandson Matthew in attendance. 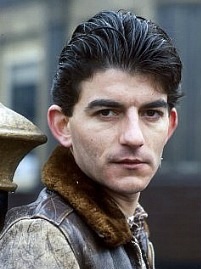 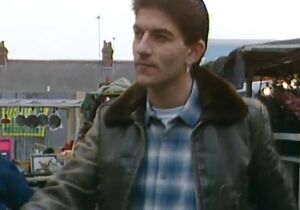 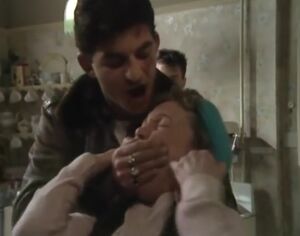 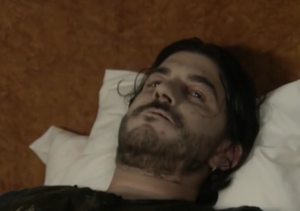 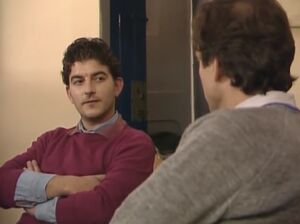 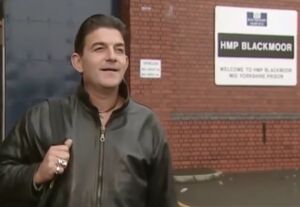 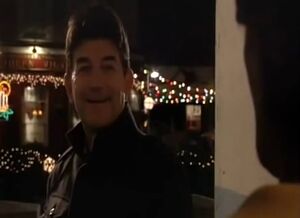 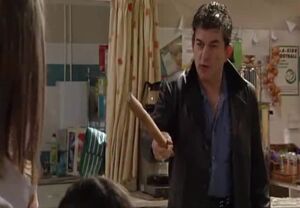 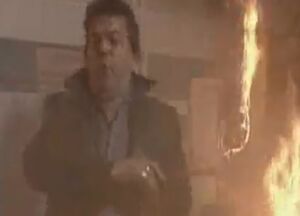 Nick caught in the blazing cafe. 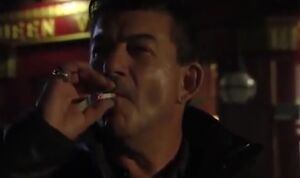 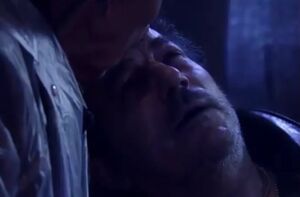