Nick O' Teen is a villain in the DC Comics universe. He is a cigarette-themed villain that tries to trick young children into smoking cigarettes. He is an enemy of Superman.

He appears to have orange hair and clothing, his name being on his shirt. He wears a cigarette-themed top hat with smoke coming out of it. He also wears an orange cape and sometimes carries a cane. Because of smoking, his teeth have turned yellow.

Nick O' Teen is a master manipulator, preying on the weak and vulnerable. He is also a master of disguise, having all sorts of different costumes that he wears so that his true identity is concealed. Other than his top hat having smoke coming out of it, he doesn't show any signs of super-powers.

Nick O' Teen cannot survive without his cigarettes. Superman is able to defeat him by taking his pack away, causing him to cough up brown dust and then crawl away. 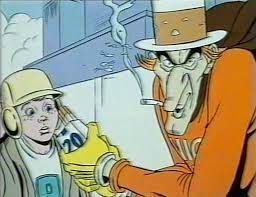 Trying to get a skating child to smoke. 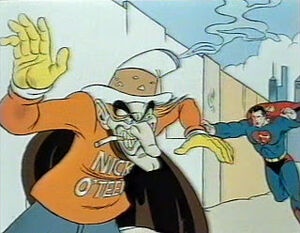 Being stopped by Superman. 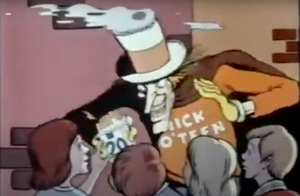 Attempting to trick a group of children. 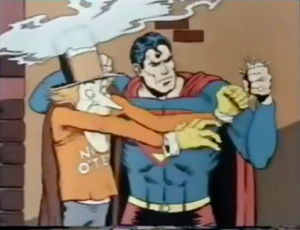 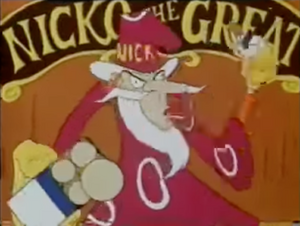 As Nicko the Great