Be with Dylan (failed)

According to Channel 4's official Hollyoaks page Nico is "intelligent, funny, but with quite a dark streak", as well as being quite mature for her age, as a result from going to care home to care home. It also mentions that although Nico has a tendency to push people away, this is down to a fear of rejection and in reality she just wants "to be loved and to be a part of a real family" and that she is "looking for a place in the world."

She is portrayed by Persephone Swales-Dawson.

Nico kills Carly Bradley (Sophie Wise) when she sees her attacking Sienna. Sienna helps her cover up the crime. Later, Sienna and Nico find out that Carly was Sienna's boyfriend, Ben Bradley's (Ben Richards) daughter after he told them about Carly's death. The next day, Nico was arrested for Carly's murder after her phone was found at Ben's house where Carly died. Later, she was released by the police. Two weeks later Nico finally tells Maxine Minniver (Nikki Sanderson) the truth about Carly's death. Nico also tells Dylan on the day he is sentenced to six months for dealing in legal highs. Dylan promises to keep Carly's death a secret before his death.

Nico kills Patrick when she overhears him revealing that Ben will find out who killed Carly. Nico walks into Patrick's room where Maxine decides not to kill him. She tells him she can't let Ben know. And kills him.

When Nico stops taking her medication for her kidney, it begins to fail. Theresa McQueen (her previous donor) supports her. However Nico decides to spike some wine to kill Theresa so she can have her other kidney. But soon she becomes friends with Theresa and tries to get rid of the wine. This fails. Nico falls asleep on the sofa and Theresa drinks half of the wine leading her to collapse. Nico calls Sienna who immediately comes to her aid. Sienna promises that she won't tell anyone what Nico has done. Sienna pours the wine into the lake and makes a phone call to Trevor saying that Nico is out of control. Nico over hears the convocation and confronts her mum. This leads to a fight which smashes the wine bottle. Nico picks up the smashed bottle and stabs Sienna; before leaving her for dead.

In October 2016, Nico attempts to kidnap her friend Peri, whom she has developed an obsession with. Nico believes she and Peri are meant to be twins but at the same time has a romantic crush on her. Nico drugs Peri and take her to a bunker they were trapped in earlier in the year. Peri is later rescued and Nico again attempts to kill Tom, Peri's boyfriend. Tom is only grazed by his encounter with Nico and she goes on the run through a Halloween maze. Sienna attempts to talk to her and convince her to come to the police, and she refuses. Peri's father Cameron sets the maze on fire to kill Nico. Nico tells Sienna she will never be her mother as the fire spreads. When a beam falls down onto the pair and Sienna's boyfriend Warren comes in to save them, Sienna begs Warren to save Nico first. Warren refuses and rescues Sienna, Sienna tells Nico she loves her, but Nico replies with "I hate you". Sienna begs Warren to run back in and save her, but the maze collapses on Nico, who burns to death in the maze. Sienna screams in anguish as she believes that her daughter is dead.

However, in May 2018 she was revealed as the identity of 'Sienna's stalker', meaning that she was alive all along. She later attempted to murder Sienna Blake again as she made an attempt to contact for help. Sienna was revealed to have supposedly died as a result of her injuries after Nico stabbed her, however Sienna was later revealed to be alive and when she found out that Nico was pregnant, she decided to let her live with her in the Hollyoaks Village until the baby was born. 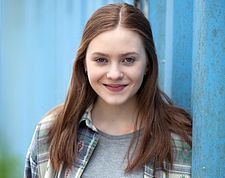 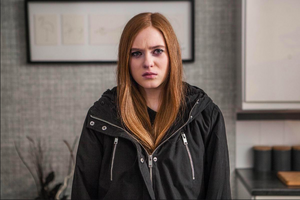