Search and kill Robert McCall and Teri and then get his pay from their deaths.

Stop being the minion of Vladimir Pushkin (both failed).

Nikolai Itchenko, also known as Teddy Rensen or simply "Teddy", is the main antagonist in the 2014 film The Equalizer.

He was portrayed by Marton Csokas, who also played Poggle the Lesser in the Star Wars prequels, Mr. Smith in Kangaroo Jack, Guy of Lusignan in Kingdom of Heaven and Ashley Kafka in The Amazing Spider-Man 2.

Nikolai is a very violent and sociopathic person who takes pleasure in killing and torturing, evidenced when he beats a man into a bloody pulp over "nothing" and calmly strangles a girl to death for not telling him where McCall is and also by using a bystander to lure McCall. And thanks to his military background, he is an expert in hand-to-hand as well as gun combat.

Having a sociopathic mindset, Nikolai considered himself to be free from emotions, having no remorse or regret of the things he has done in his life, However as Robert McCall stated using a story of an orphan who killed his adoptive parents as a allegory, Nikolai is a person who uses violence to cover what he really is: "a scared little kid".

Nikolai has a habit of playing with his prey before killing them, but that habit leads him to underestimate his opponents, specially Robert McCall, who is two steps ahead of him, both strategically and military, costing his boss Vladimir Pushkin money, resources, influence and clients due to mismanaging the situation poorly and thus, his own life at the hands of McCall.

Nikolai Itchenko is a very enigmatic hitman, but there is a shade of backstory given.

McCall makes a speech at the middle of the film after Nikolai asks if he thinks the knows him, and McCall starts talking about a young boy who was abused and was having a horrible life, having never been loved, who trouble found early.

The boy was adopted by a good-hearted, wealthy businessman as his sixth child, but still continued having behavioral problems, getting into fights in school and doing criminal acts.

Just when he was starting to improve due to finally feeling loved by his father, the businessman and his wife were killed, causing him to go insane, There was speculation that the boy might have murdered them when he became paranoid of the fact that his adopted father wouldn't love him anymore. There are speculations that the speech is McCall having done research on Itchenko and figuring out his start of darkness, but it is unknown, and further implied that it is false when Itchenko responds with "It's a famous story".

Going out to Kill McCall and Death

Teddy is sent by his employer, Russian mafia boss Vladimir Pushkin, to travel to Boston and kill Robert McCall (the protagonist). He spends the entire film pursuing McCall and attempting to capture him. It is revealed that Teddy's real name is Nikolai, and that he used to be a Spetsnaz. Later on, Teddy and his men break into Home Mart (where McCall works) and hold everyone hostage and threaten to kill them unless McCall surrenders. Having already killed a number of Teddy's henchmen, McCall creates a chemical explosion that kills the last of Teddy's men, and kills Teddy himself with a nail gun. 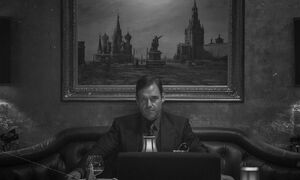 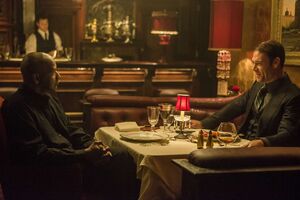 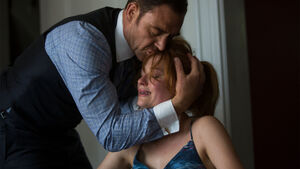 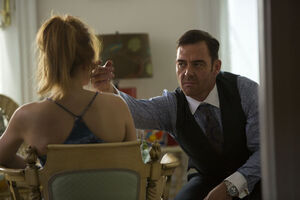 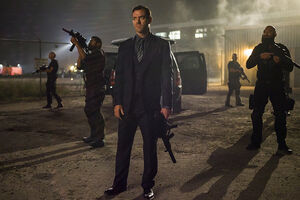 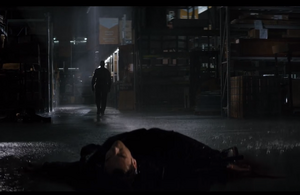