Stay in the United States.

Steal a fortune in diamonds (both succeeded).
Outwit and destroy Robert Goren.
Have a family (both failed).

As a young woman, she visited Thailand and met a con artist named Bernard Fremont. She and Fremont went on a killing spree, targeting male tourists. She seduced the men, and set them up for Fremont to rob and kill them. They killed eight men before they were caught. Fremont was sentenced to life in prison, but Nicole agreed to testify against him in return for a ten-year prison sentence. After she got out, she moved back to Australia, and briefly supported herself as a prostitute before marrying a man named Rohan Barlett and giving birth to a child named Hannah.

When Hannah was three years old, Nicole began to suspect that Hannah was stealing Rohan's attention from her, and Goren later theorizes that Nicole had internalized her father's warped view of little girls as sex objects, and so saw her own child as a sexual rival. One day, Nicole flew into a rage and twisted Hannah's arm until it fractured. Upon realizing what she had done, she snapped the child's neck and buried the body in the iron-rich soils of Australian wetlands (which later prevented DNA evidence from proving it was her child). She told people her child was lost at sea, but police still investigated her. Fearing that she might get caught, she murdered an embezzler named Elizabeth Hitchens and stole her identity to flee to America, where she used Hitchens' credentials to become a visiting literature professor at Hudson University.

She needed a permanent, salary-generating job to get a work visa, allowing her to stay in America without going to jail for Hitchens' crimes. In order to ensure her job at HU, she seduced a professor named Christine Fellowes, as she was one of the two people on campus who were qualified for a job opening (The Head Of American Studies) on campus, and would have given her a raise. However, the dean overseeing the raise, Franklin Winthrop, is unsure who to give the raise to. Nicole convinces an impressionable student named Mark Bayley to murder Winthrop (and his secretary when she becomes a witness), beginning the events of the episode "Anti-Thesis". After arranging the dean's murder, Christine would get the raise and give her a permanent job in the United States.

To cover her tracks, she poisons Bayley after talking with Goren. However, her scheme is eventually discovered and her fake identity is exposed. As a murder suspect, Nicole could be deported back to Australia because she lacks American citizenship. Fellowes fires her, meaning that, as an unemployed illegal immigrant with no status, she could be held in jail indefinitely. While Goren interrogates her, she taunts him with her knowledge of his unhappy childhood with his mentally ill mother, while he counters that he knows she was sexually abused as a child by her father, something she emphatically denies. Moments later, she is set free by the university's lawyer, who had secured a writ of habeas corpus for her. By the time Goren and Eames gather enough to arrest her again, however, she has fled the country without a trace.

A young Japanese woman named Ella Miyazaki goes on a thieving spree with an accomplice, who is murdered with an injection of succinylcholine. Goren and Eames begin tracking her down, believing that she killed her accomplice for his share of the profits. The investigation leads Goren and Eames to a description matching Nicole, and they realize she has resurfaced. Nicole orchestrated Ella's crimes and even sent her to kill Haynes, as he knew about Hannah's death and might use this to scare Ella away. Goren and Eames, upon learning of Hannah's suspicious death, do exactly that, convincing Ella to wear a wire to get Nicole to say something incriminating. However, Nicole realizes she is being set up and kills Ella before leaping out the window to her apparent death. Goren believes that Nicole faked her death, however.

In 2013, After her presumed death at the hands of Declan Gage, Nicole resurfaced in Paris under the alias of "Madeline Haynes", at some point met and began a relationship with the Minister of Foreign Affairs Pepin. She started squatting in a hospice patient's house because she didn't have a home of her own. Madeline eventually became pregnant with Pepin's child and wanted him to leave his wife. When he refused, she eventually began a relationship with a microbiologist named Silvie Ferrier for her work in pneumonic plaque. Madeline also began a relationship with a pastry chef. She was domineering with Silvie to the point where she forced her to wear clothes that were too small for her. When Silvie discovered Madeline was pregnant, Madeline killed her and staged it to appear as if Satanists and her boss committed the murder. During this time, her history is revealed, including her last words. During the course of the investigation, it is revealed that Madeline is pregnant and had killed Silvie to keep quiet about her plan to kill a minister's family so she can have him all to herself and have a family of her own. Her plan is stopped and she is arrested for the murders and attempted poisonings. However, she manages to escape justice by setting up the Koreans for the crime. It is later revealed that her DNA is not a match to Nicole Wallace's on file and the minister releases her from prison. 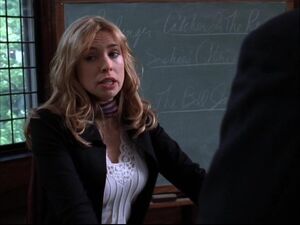 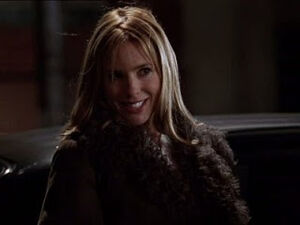 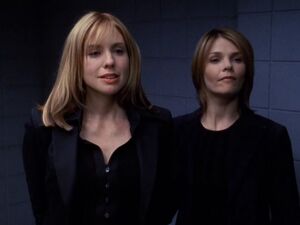 Nicole knowing she got away with murder. 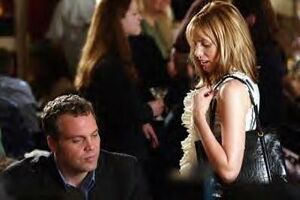 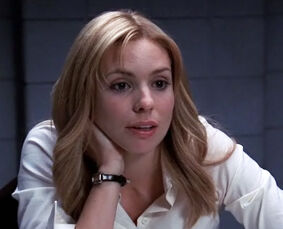 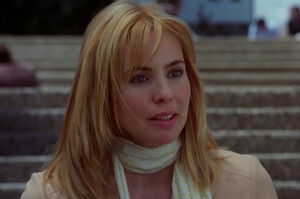 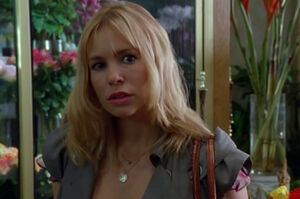 Nicole's final appearance before her death.
Add a photo to this gallery

Retrieved from "https://villains.fandom.com/wiki/Nicole_Wallace?oldid=4324072"
Community content is available under CC-BY-SA unless otherwise noted.