Member of the Toa Mangai (formerly)

Member of the Dark Hunters

Air element (as the Toa, formerly)

Doing whatever the Shadowed One assigns him to do.

Change back to normal. (formerly; abandoned)

Nidhiki is the major antagonist that appeared in the BIONICLE franchise. He is the former member of the Toa Mangai before betraying them and joined the Dark Hunters. He was later mutated into a spider-like insectoid and became the partner of Krekka. He also served as one of the secondary antagonists alongside Krekka in the Metru Nui arc.

He was voiced by Paul Dobson in Bionicle 2: Legends of Metru Nui.

Nidhiki was a Toa at one point who defended the city of Metru Nui alongside Toa Lhikan. However, during a war with the Dark Hunters, Nidhiki made a deal with them to betray the Toa in exchange for rulership of Metru Nui.

However, Lihikan discovered and foiled the betrayal, and Nidhiki was exiled to Odina, base of the Dark Hunters. While there, Nidhiki became a successful and cunning mercenary alongside the strong, but dumb ape-like mercenary named Krekka.

Later, when Nidhiki attempted to flee Odina, Roodaka, a treacherous Vortixx, mutated Nidhiki, giving him an insectoid appearance. He was killed when Makuta absorbed him.

Nidhiki appeared alongside Krekka in the film Bionicle 2: Legends of Metru Nui. Both Dark Hunters attacked the Toa several times, but the Toa were often able to fight them off. During their last confrontation, Toa Onewa sent Krekka and Nidhiki flying toward Makuta, who absorbed them along with Nivawk. Because of their fate, they cannot be resurrected on the Red Star.

Nidhiki was once a proud and dutiful Toa of Air who defended Metru Nui alongside the other Toa Mangai, though he eventually 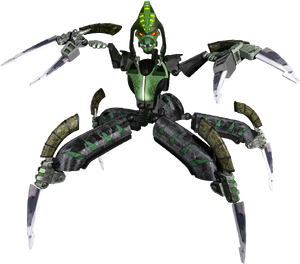 Nidhiki as he appears in the animated series. 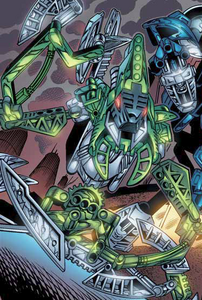 Nidhiki in the comics. 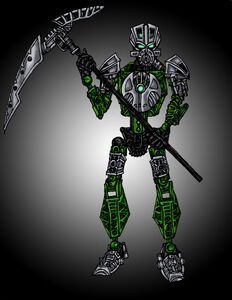 Nidhiki as the Toa Mangai. 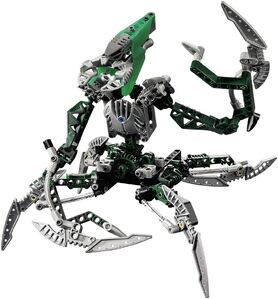 Nidhiki in his set form. 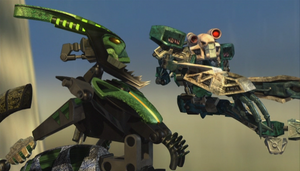 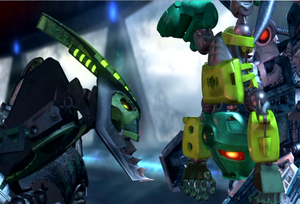