Enrich himself with bets by making Duma race against greyhounds (failed).

Nigel is the secondary antagonist of Disney's 1989 live action film Cheetah, which is loosely based on the 1970 novel The Cheetahs by the late Alan Caillou. He is an opportunistic Englishman who wants to make a fortune out of Duma by making her race against greyhounds with the help of Mr. Patel and Abdullah.

He was portrayed by the late Anthony Baird.

After a failed attempt to buy Duma from the Johnson family, Patel explains his plan to Nigel that they could make a fortune by making Duma race against greyhounds, since his uncle races cheetahs against greyhounds. He plans to make the race just long enough that the cheetah will run out of steam. Unlike all of the other gamblers, they will bet on the dogs and make a fortune.

The next day, while the children are training Duma to become a hunter, Patel and Nigel hire Abdullah to help them capture Duma. The following night, the three men arrive at the household. Nigel demands to know Duma's location from Patel and is about to give up, but Patel comes up with a plan to steal Ted's whistle and Nigel hands him his flashlight as he helps him break into the house. Patel manages to escape past Ted with the whistle and they successfully capture Duma.

After a tearful goodbye with Morogo, the family stops at Patel's store to get gasoline. Patel sees the tears in Susan's eyes and asks if she is crying over losing her pet. Ted realizes that Patel could not know about Duma's disappearance and then notices that Abdullah is wearing shoes made from old tires, just like the tracks they found around the corpse of Duma's mother. Ted tries to convince his parents that Patel kidnapped Duma, but they refuse to believe him. After sending their grandmother a telegram saying they will be delayed, the siblings take a bus back to Patel’s store and discover he is gone, but learn his whereabouts from his cousin.

Across the Great Rift, the children find Abdullah's camp protected by a high fence and trip wires. They wait for nightfall before sneaking in. Along with a stack of fliers advertising Duma's race against the greyhounds, they find cheetah skins drying on the walls. Hearing Duma's whimpers, they enter a barn and find her locked in a cage. Susan and Ted go into a cabin looking for something to break the lock and are jumped by Abdullah. Nigel and Patel arrive and the three men argue over what to do with them. Abdullah wants to kill them, but Nigel suggests they lock them in the cage until after the race. When the men drive away with Duma, Morogo comes out of hiding. Susan watches the trio, so she gives him the combination to unlock the cage.

The children reach the racetrack in time to hear the cheetah-greyhound race being announced. Patel crows to Nigel that he has bet a fortune that Duma will lose. Duma takes an early lead in the race, but as the race progresses the greyhounds catch up, then pass the cat. Ted grabs a policeman's whistle and blows. Hearing the whistle, Duma gets a second wind and wins by five lengths, causing Patel and Nigel to lose the bet as the other gamblers surround them, demanding compensation for their bets. He and Patel were possibly taken into custody as Ted probably informed the security guard about their involvement with Abdullah.

Nigel is a cruel, sadistic, corrupt, and manipulative person. He is shown to be extremely disrespectful, insulting, and abusive towards Duma. He is also shown to be failure-intolerant, as shown when he impatiently wanted to capture Duma at Ted and Susan's home. 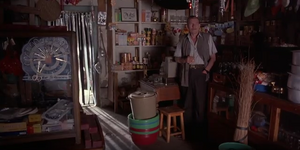 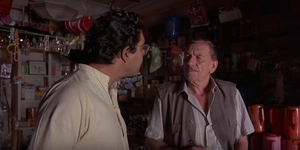 Mr. Patel telling Nigel about his uncle's plan to race Duma against greyhounds.

Nigel and Mr. Patel telling Abdullah about their plan to make Duma race against greyhounds. 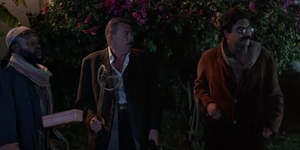 The trio arrive at the Johnson house to steal Ted's whistle and capture Duma. 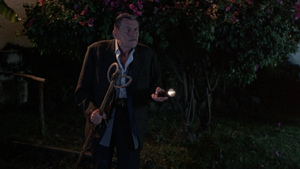 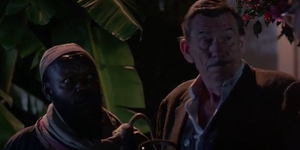 Nigel giving his flashlight to Mr. Patel to look for Ted's whistle. 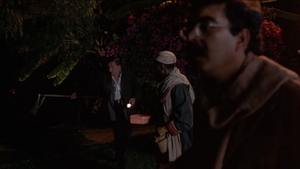 "Well, you didn't get very far. You're a lazy pussycat."

Nigel and Mr. Patel after Abdullah captures Ted and Susan.

Nigel and his friends on their way to Nairobi. 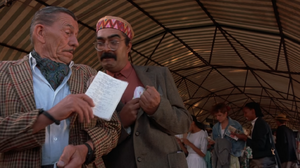 Patel enthusiastically crowing to Nigel about their fortune. 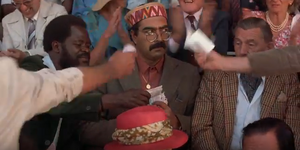 Nigel and Patel lose the bet against Duma as the other gamblers demand compensation for their bets. 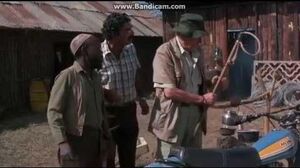 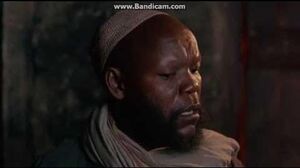 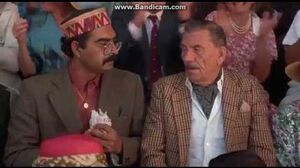