Have his business partner Paul Wagner murdered when he is of no further use to him (upon the completion of the Hong Kong Victoria Harbor tunnel) to avoid having to share his profits with him (succeeded).

Kill the Wagner twin brothers Chad and Alex before they can claim what is rightfully theirs (failed).

Nigel Griffith is one of two main antagonists in the 1991 film Double Impact, the other being Raymond Zhang.

He was portrayed by Alan Scarfe.

Mr. Griffith is a cunning and ruthless businessman who works alongside his business partner, Paul Wagner, in order to fund and construct the Hong Kong Victoria Harbor tunnel. At the tunnel's opening ceremony, Griffith gives a speech with Paul but secretly orders a hit on him, knowing that he is of no further use to him and not wanting to share his profits with him. A triad hit squad follows Paul and his wife home and kills them both, though they fail to kill their two twin sons, Chad and Alex. Alex is rescued by a maid while Chad is taken into care by the family's bodyguard, Frank Avery.

25 years later, the two siblings have grown up separately without any knowledge of the other's existence, but are reunited when Frank informs him of a new "business" opportunity in Hong Kong. It is revealed that Griffith is involved with a crime lord named Raymond Zhang, as he had acquired a secret loan from the Zhang family after running into money issues during the Victoria Harbor tunnel project. Alex's girlfriend, Danielle Wilde, happens to work for Griffith's company, and she is persuaded by Chad to make secret investigations into her boss' affairs. The group learn of a drug lab in Causeway Bay that Chad accidentally destroys, leading Griffith to hold a meeting alongside Zhang concerning the incident. Griffith and Zhang later learn that Chad and Alex are the same twins they failed to kill 25 years ago and become determined to hunt them down. After Danielle locates a document that proves Griffith was involved in the murder of Paul Wagner and his wife, she and Frank are kidnapped by Griffith's men and taken on board the Golden Glory ship to be tortured. Griffith and Zhang then wait for the brothers to arrive.

When Chad and Alex reach the ship, a huge gunfight breaks out and most of Griffith's men are killed. They then fight and kill Zhang's bodyguards and manage to rescue Frank and Danielle, but Griffith and Zhang take this opportunity to escape. Chad and Danielle pursue Griffith but are nearly killed when Griffith activates a loading crane and attempts to ram them with a large cargo container. Chad dives into the nearby water and Griffith shoots at him repeatedly, unaware that Chad has got back on land and taken control of the loading crane himself. Griffith stares in horror as he realizes he has run out of ammunition, just as Chad drops the cargo container on top of him, crushing him to death. 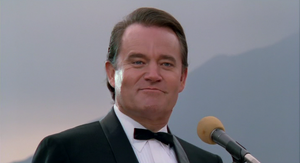 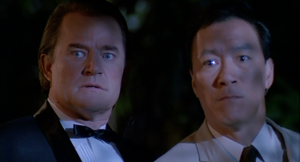 Griffith and his partner in crime, Raymond Zhang, overseeing the hit on Paul Wagner 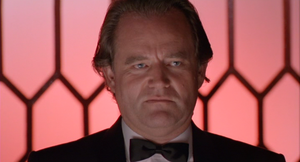 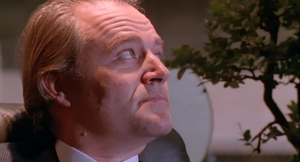 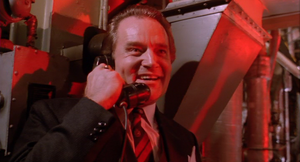 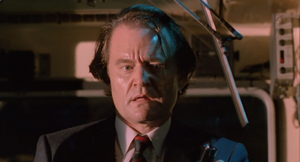 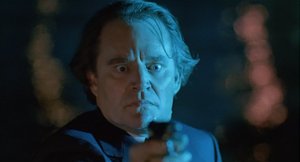 Griffith after realizing he has run out of bullets. 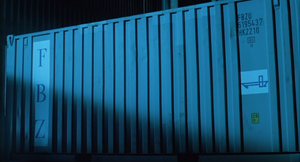 Nigel Griffith's death had a strongly similarities to Pieter Vorstedt from Lethal Weapon 2.