The secret final boss in III

Alter Ego, Demonic Beast
Night Terror is the most powerful being in the Soul series. It was originally the what-if form of Nightmare's power but instead was used as a design in Soul Calibur IV for Nightmare's power. The Legends of Soul project confirms it's existence in the astral chaos and not even Algol can fight him. When Nightmare has both Soul Edge and Soul Calibur, both swords combine into the original Soul Edge, before Algol fought his son and created Soul Calibur from the resulting shards.

Night Terror is the complete physical representation of Soul Edge's evil mind. It is many times taller and muscular than the average Soul Calibur character and sports giant flaming wings with which to fly (rendering impossible to score a ring-out when playing against him).

As a secret boss in Soul Calibur III, Night Terror is not a playable character and players must not lose a single match in single player mode to face it. Otherwise Zasalamel absorbs Soul Edge and Soul Calibur instead, becoming Abyss.

Night Terror appears as a hulking armored beast vaguely resembling Nightmare. What was once azure armor and flesh has become a combination of armor and bone with an orange/red sheen. The helmet area has grown and developed a large crest-like shape and the muzzle-covering area has been removed to reveal a lipless mouth with long teeth shown and its eyes are a beady yellow. At the center of its chest is a glowing core of energy which spreads throughout its upper body. In place of hands are a pair of giant claws and in the "palms" are fully functional mandibles although this does not appear to hamper its ability to wield a sword in the least. Lastly, a slightly long tail has sprouted from the base of the spine area. Flowing from its back side are a pair of large, fiery wings.

Night Terror is special in which all attempts to "ring out" his character is superfluous; doing so would trigger a scene in which Night Terror uses his wings to fly back to the arena. He possess beefed-up moves taken from both Nightmare and Siegfried, as well as a few unique ones; like a flying stance that automatically Repels attacks while in the process of moving into said stance, an unblockable eye-beam projectile, and a diving attack done from the flying stance. He is, by far, the most powerful character that appears in Soulcalibur III, possessing the greatest reach, speed, and power. Some of his moves can take off nearly half of a full life bar; his eye beam has the potential to take off more than half. He also possesses a variant of Nightmare's A+B attack. While it has more frames, making it a bit slower, it also cannot be interrupted as it Repels any attack thrown at him and has a very huge hitbox, allowing Night Terror to punish opponents with ease. He also has access to an alternate Soul Smasher-like attack that generates a powerful fission that stuns the opponent from anywhere so long as they're on the ground and his Rook Splitter and Right Slasher generates energy shockwaves to attack opponents from a distances. Furthermore, Night Terror's normal Guard Impact is a Just Impact, regardless of timing, giving him a far more significant advantage in defense than any other character in the game. Night Terror is still an AI character however, and is vulnerable to Anti-AI Moves.

In Soulcalibur III: Arcade Edition, Night Terror remains an unplayable boss character, though this time he appears at random in the arcade's end match, alongside Abyss.

In the PlayStation 2 version of Soulcalibur III, Night Terror is seen when the correct trigger command is done in Nightmare's ending. Rapidly tapping the button indicated turns Nightmare into Night Terror. He slams down amidst several guards and flings them aside, then flies off the scene.

Nightmare's second costume for Soulcalibur IV strongly resembles Night Terror, and the weapons they wield are exactly the same, hinting that Night Terror's appearance in Soulcalibur III may, in fact, be canon. 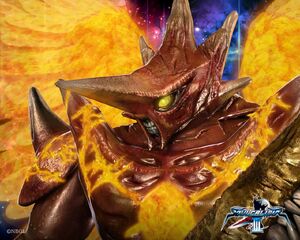 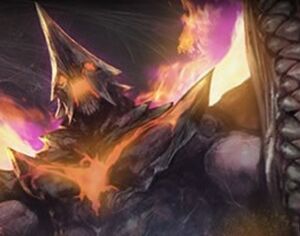 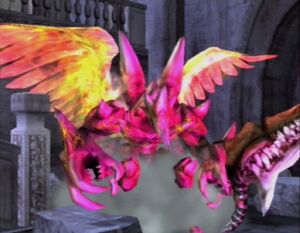 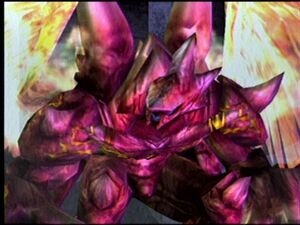 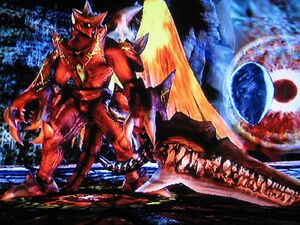 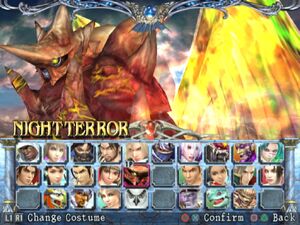 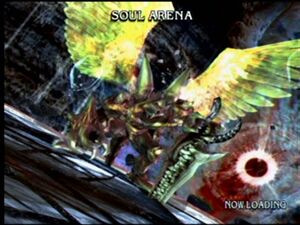 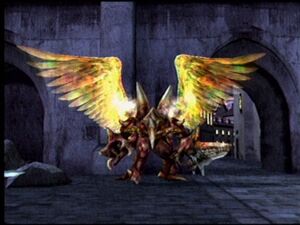 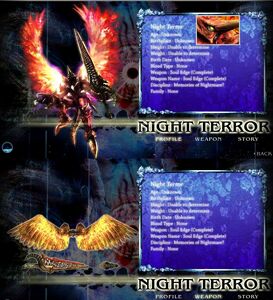 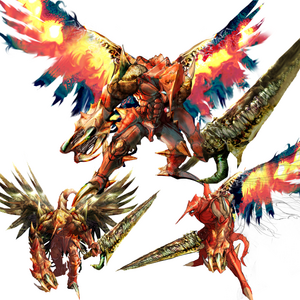 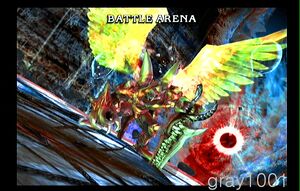 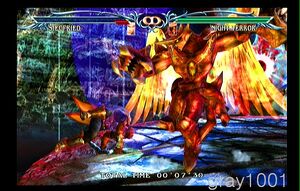 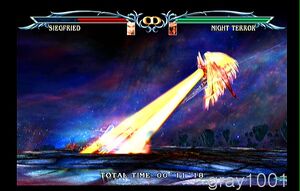