Nightmares (Rise of the Guardians)

Rise of the Guardians

Releasing black sand from their bodies

Get their back on Pitch and trap him (succeeded).

The Nightmares are the secondary antagonists in DreamWorks' 25th full-length animated feature film Rise of the Guardians.

The Nightmares were originally harmless and happy dreams constructed for children by the Sandman. However, Pitch corrupts and manipulates the magical golden sand they are made of, turning it into black sand and rendering them Nightmares. They now take the form of sinister black horses that have the power to sense or "smell" nearby fear.

During the film's climax, most of, but not all, the Nightmares were turned back into dreams by the courage of children who believed in the Guardians. The ones that remained were last seen when they dragged Pitch into his lair after sensing his fear following his defeat.

Despite their transformation, the Nightmares seem to retain some of the same comedic and lighthearted habits they had as dreams. 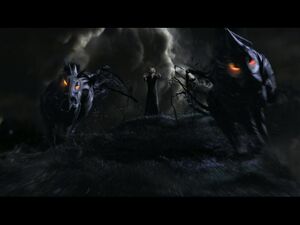 Nightmares in the official trailer. 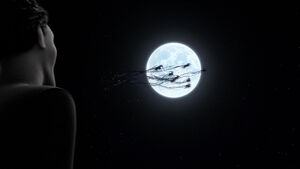 Nightmares form in the night sky. 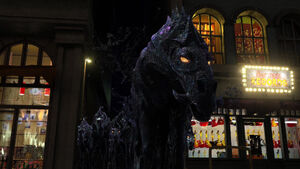 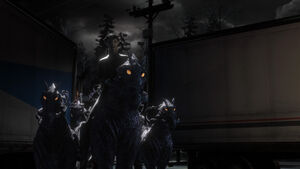 Pitch and the Nightmares corner the Guardians. 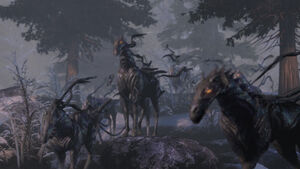 The Nightmares being attracted by Pitch's fear.