The Greatest Thief in Skylands (self-proclaimed)

Steal the Dark Eye of Tomorrow so he can rob all of Skylands in a blind eye (failed).

Nightshade is a supporting antagonist and one of the trappable villains in Skylanders: Trap Team. He serves as the main antagonist of the level Midnight Museum. A Dark Trap is required to trap him.

He is voiced by Gavin Hammon.

During the events of Trap Team, Buzz and the Skylander ventured to the newly opened Midnight Museum to stop Nightshade from stealing the Dark Eye of Unvisibility. The master thief was able to swipe the dark artifact and escape, but was pursued by the Skylander. Nightshade was soon cornered at the end of the Museum where he engaged the Skylander in battle. He was soundly defeated and was captured in a Dark Trap. 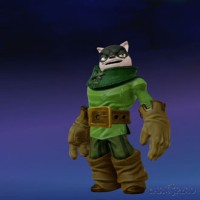 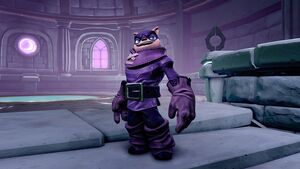 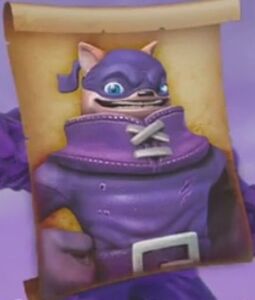 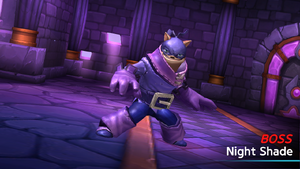 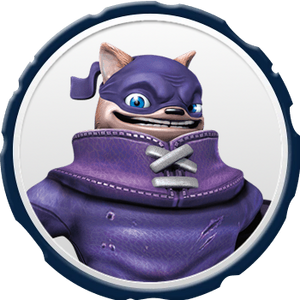