Niju is the main antagonist in Balto II: Wolf Quest. He is a vicious Alaskan wolf who wants to take over as a leader of the pack.

He was voiced by Mark Hamill, who also portrayed the Joker, Ferris Boyle, Tony Zucco, and Solomon Grundy in the DC Animated Universe, John Curtis in Criminal Minds, Hobgoblin in Spider-Man: The Animated Series, the Trickster in The Flash (as well as his Arrowverse incarnation), Vuli in Elena of Avalor, Agent Goodman in Recess: School's Out, Ozai in Avatar: The Last Airbender, Darth Bane in Star Wars: The Clone Wars, Malefor in The Legend of Spyro, SkekTek in The Dark Crystal: Age of Resistance, Adrian Ripburger in Full Throttle, Kavaxas in Teenage Mutant Ninja Turtles, the Skeleton King in Super Robot Monkey Team Hyper Force Go!, Maximus in the Fantastic Four animated series, Stickybeard in Codename: Kids Next Door, Flint in Buzz Lightyear of Star Command, Dictatious Maximus Galadrigal in Trollhunters, ShiverJack in Jake and the Never Land Pirates, Undergrowth in the Danny Phantom series, Popsicles in the 2016 reiteration of The Powerpuff Girls, Alvin the Treacherous in the How to Train Your Dragon series, and Chucky in the 2019 remake of Child's Play.

Niju also attempts to kill the pack leader Nava as well as Aleu, but his plans were foiled by Balto. When Niju was given the opportunity to lead the pack, his "fear of change" got the better of him and he fled into the forest.

Nava claims to Balto after they were off the ice that he would go and find Niju and that "one would not be whole without the other".

Unlike the elderly leader named Nava, Niju is a very militant, zealous, prideful and persuasive wolf who is ready to break the rules of the land and steal for what he desired, though seemingly doing so because of the desire to live.

Niju is also shown to suffer from a fear of change known as cainotophobia, which probably caused his cruel actions as Nava claimed that Niju would willingly starve or die than leave his homeland.

Niju is impressively built, being the second largest (Nuk being larger due to his massive appetite) and almost certainly being the mightiest member of the wolf pack which allowed him to intimidate and defeat other wolves, easily tackling and overpowering Aleu and throwing off Nava.

Niju's fur is dark brown with a gray underbelly. Niju's only markings are dark patches around his eyes. 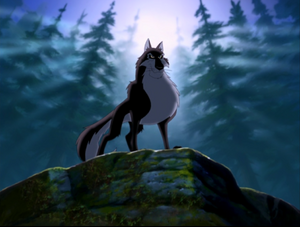 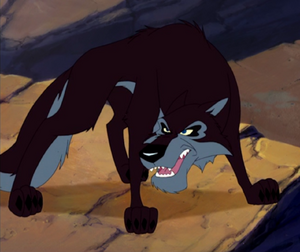 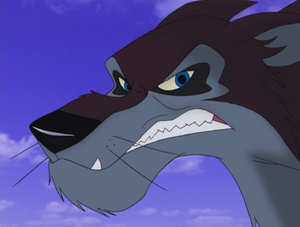 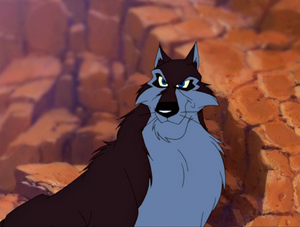 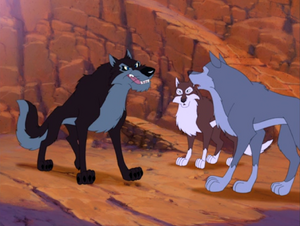 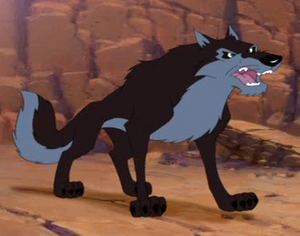 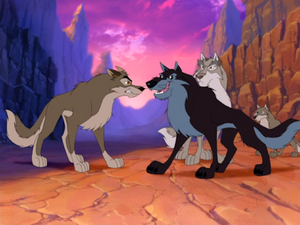 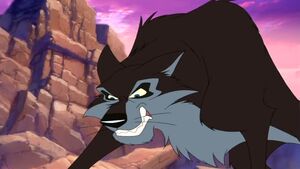 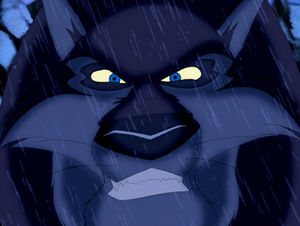 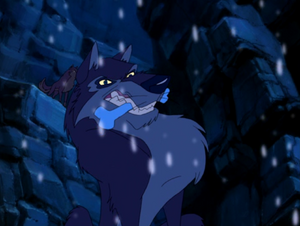 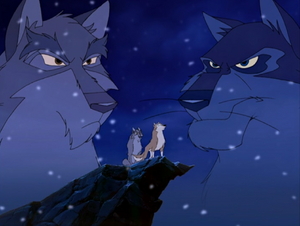 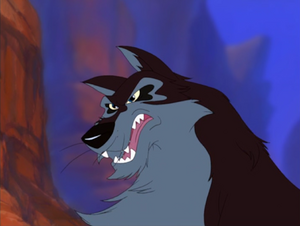 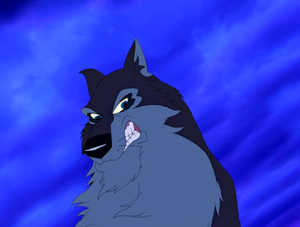 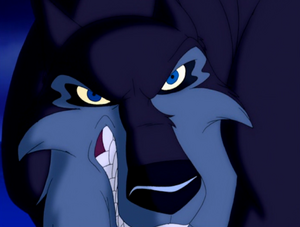 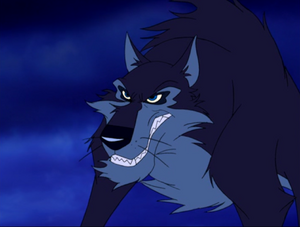 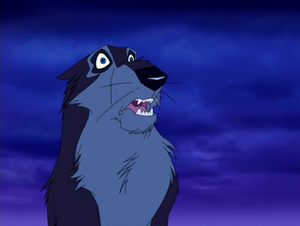 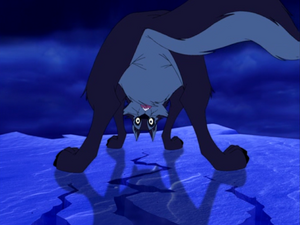 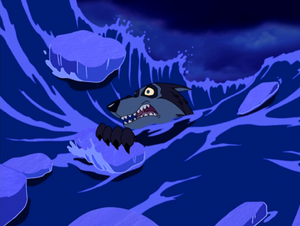 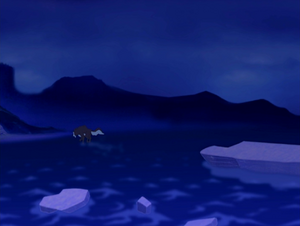