Nimrod is a robotic supervillain from the X-Men franchise and a unique Sentinel from an alternate future who traveled to the past and became a recurring opponent to the X-Men as well as their allies.

Nimrod exists to hunt down and exterminate mutants, just like the Sentinels of the modern-era; however, he is much smaller than the current Sentinels (which tend to be large and fairly clumsy-looking constructs): despite his smaller size, Nimrod is much more advanced than his larger cousins and is capable of fighting the entire X-Men group by himself.

Nimrod has appeared in several media outside the mainstream comic books; most famously, he was one of the antagonists of the early X-Men cartoons.

In the 1992 arcade game X-Men, Nimrod is a boss in the fourth level and is one of the villains you fight in Asteroid M before fighting Mystique disguised as Magneto. 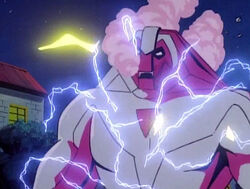 Nimrod in X-Men: The Animated Series 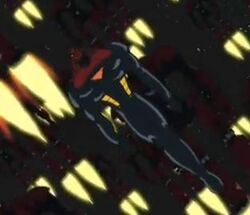 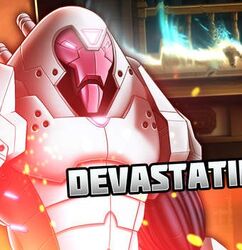 Nimrod in The Uncanny X-Men - Days Of Future Past 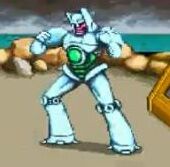