Scientist
Weapons designer
Chief of the In Vogue Research Team

Nina Einstein is a major character from the anime/manga series Code Geass. She was a student at Ashford Academy and member of the student council. Emotionally insecure, her life was saved by Euphemia li Britannia, and she developed an obsessive crush on her, worshiping her as a goddess. After Euphemia's death, Nina swore vengeance on her killer Zero and his organization the Black Knights, developing the F.L.E.I.J.A. bomb.

She was voiced by Saeko Chiba in the Japanese version, and by Kim Mai Guest in the English dubbed version.

Nina grew up with her close friend Milly Ashford, heiress to the Ashford fortune, due to her grandfather being an employee of Milly's grandfather Ruben Ashford's Knightmare Frame production company. The two shared much of their childhood together, and eventually went to school together at Ashford Academy, where Milly was the student council president and Nina was a member of the council.

Nina was often the quiet, shy member of the council, and preferred to study and do schoolwork even when the other members were partying or hosting events. However, everything changed when Clovis la Britannia was assassinated by the vigilante Zero, who was actually the student council vice president and friend of Nina Lelouch. Nina and the others watched the funeral on television, and Nina blamed the "Elevens" (Japanese people subjugated under Britannian rule) for his death. She continues to demonstrate her xenophobia when Suzaku Kururugi arrives to join the school, shunning and fearing him due to him being an Eleven given Honorary Britannian status.

Later, Nina, along with Milly and fellow student Shirley Fenette are on a field trip to the Lake Kawaguchi Convention Centre Hotel when t is suddenly attacked by the Japan Liberation Front. During the terrorist attack, members of the JLF threaten to execute hostages if the Britannians do not comply with their orders. However, Princess Euphemia li Britannia is among the hostages, and she stands up to the terrorists to protect her people. Nina is inspired and amazed by Euphemia's courage and strength. They are eventually rescued in a joint effort between the Britannian Military and Zero's Black Knights.

Euphemia, attempting to quell tensions between the Holy Britannian Empire and the Elevens, decides to administer a special zone of Japan where Elevens can identify themselves as Japanese once more and have their social status not be dictated by their nationality, much to Nina's disapproval. Zero agrees to aid in the administration of the zone and goes to meet with Euphemia, who knows his true identity as Lelouch.

However, in a tragic event with Lelouch losing control of his mind-controlling Geass power, he accidentally commands Euphemia to commit genocide on the Japanese people. Euphemia orders her troops to open fire on the citizens that have gathered for her zone, and Lelouch/Zero is forced to kill her. Nina is traumatized by the news of her death, becoming emotionally and mentally unstable. She begins researching compounds and explosives, and uses her technical genius to repair the school's decommissioned Ganymede Knightmare frame.

Battle of the Tokyo Settlement

When Zero and the Black Knights launch an attack on the Tokyo Settlement (using Euphemia's massacre as reasoning), Nina arms the Ganymede with a prototype nuclear weapon and threatens to detonate it and wipe out the school and half of Tokyo as long as she kills Zero in the process. She is stalled by a joint effort between the Britannian's Lloyd Asplund and the Black Knights' Rakshata Chawla, who put aside their differences to try and diffuse her from setting off the bomb. She attempts anyway, but the bomb fails. Lloyd has his assistant remove the reactor, and Nina is arrested.

Unbeknownst to Nina, Leoluch/Zero actually left the battle to go rescue his sister Nunnally vi Britannia, but was apprehended by Suzaku and brought before Emperor Charles zi Britannia, who used his own Geass power to erase Lelouch's memories. He then traveled away and did the same on the other students of Ashford Academy, including Nina.

A year later, Nina has been recruited as a weapons designer by Schneizel el Britannia as chief of his In Vogue research team headquartered in Dallas, Texas. Schneizel manipulates her to do his bidding by asking her what Euphimia would do. However, after Lelouch regains his memories with help from C.C. and retakes the mantle of Zero, Nina is furious that Zero is still alive.

Despite this, Nina is brought along as Schneizel's guest to the Chinese Federation for an arranged wedding ceremony. While there, Nina meets Milly, but is unhappy with the latter's attempts to comfort and reconnect with her. While there, she sees Zero playing chess with Schneizel, and snaps into a murderous rage. She grabs a knife and attempts to assassinate Zero, but is stopped by Suzaku and Kallen Kōzuki. She tells them that they are traitors for not allowing her to avenge her "goddess", then breaks down and is escorted away.

Nina continues her weapons research, and develops a new bomb known as the Field Limitary Effective Implosion Armament, or F.L.E.I.J.A., which creates an explosion which collapses in on itself, obliterating all matter within its area of effect. She equips it to Suzaku's Knightmare Lancelot, and desires for it to be used against Zero.

Later, her friend and classmate Shirley is murdered by Rolo Lamperouge, though it is covered up to look like a suicide. Milly texts Nina to inform her. While Nina admits that she and Shirley were not close friends, she cannot help but weep over her passing.

During the second battle of Tokyo, Zero and the Black Knights attack the Tokyo Settlement again and do battle with Suzaku in his Lancelot. During the fight, Suzaku is forced to launch the F.L.E.I.J.A, which creates a massive explosion that wipes out the entire settlement and kills over 35 million people.

Despite having created the bomb and making it as powerful as she could, Nina is horrified to learn of the destruction and deaths that it caused. She is forced to go into hiding, due to every country including her own searching for her due to her involvement in the weapon's creation.

However, Lelouch manages to find the Emperor, along with his mother and Charles' wife Marianne vi Britannia, and uses his Geass power to kill them and usurp the role of Emperor. However, Schneizel and other Britannian nobles, as well as the Black Knights who now know his identity, refuse to accept him as the Emperor and rebel against him.

Lelouch tracks down Nina, presumably pardons her, and tasks her with developing a countermeasure to F.L.E.I.J.A after one was used to destroy the Britannian capitol of Pendragon. Nina accepts, and develops it with Lloyd as Lelouch does battle with Schneizel's forces and the Black Knights. They manage to complete the counter, and Nina offers to assist in its deployment, though Lelouch refuses to let her saying it is his task for killing Euphimia. Nina admits that she will never forgive Zero for killing her, but needed to find her own answer. The countermeasure is a success, and Lelouch uses it to win against Schneizel and take over.

Afterwards, Lelouch betrays Nina by imprisoning her, but does not put her up for execution like he does with others. However, Lelouch's grand plan was to make the world hate him, then have Suzaku (the new Zero), kill him and unify the world under a common cause. This succeeds, and Lelouch's prisoners are liberated.

Nina returned to the military, but with a new outlook on life and presumably got over her xenophobia. She attends the wedding of Ohgi and Villetta, and later goes to help rebuild Ashford Academy with help from Zero and Nunnally.

Nina begins the series as being very timid and shy, as well as distant from other people. She is very insecure, as well as a paranoid xenophobe towards peoples outside of Britannia. When Euphimia stands up for her Nina becomes unhealthily obsessed with her to the point of sexual desire and emotional reliance. After her death, Nina becomes emotionally and mentally unhinged and threatens mass violence in order to gain revenge.

After her recruitment, she becomes more outgoing, but at the same time more wrathful and violent. She lashes out and friends just trying to help, and has a murderous breakdown just seeing Zero. She declares anyone who will not help her kill Zero to be traitorous towards Britannia, and does not hold back in creating her weapon to ensure it kills Zero.

However, after seeing the devastation that her weapon caused, Nina realized what the path of vengeance had made her become, and softens to aid in undoing what she had created. After Lelouch's death, she seemingly recovered from her xenophobia by attending a Britannian/Japanese wedding. 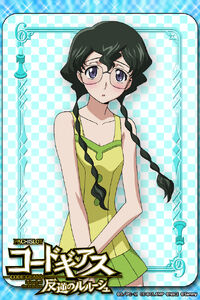 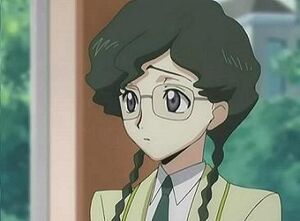 Nina in her Ashford Academy uniform. 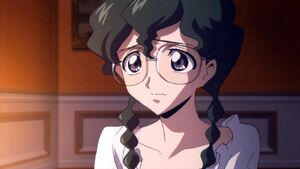 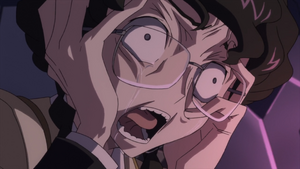 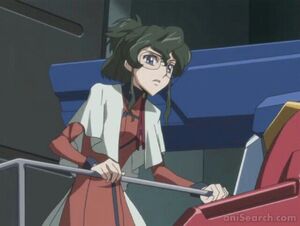 Nina in her military uniform. 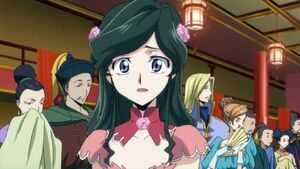 Nina in her dress.
Add a photo to this gallery

Retrieved from "https://villains.fandom.com/wiki/Nina_Einstein?oldid=4171411"
Community content is available under CC-BY-SA unless otherwise noted.