Ninja Riot is a supporting antagonist in Diancie and the Cocoon of Destruction. He is a ninja and thief who works with Marilyn Flame in the employ of master thief Argus Steel.

Riot appeared pursuing Diancie as it searched for Xerneas. After it received the power of the Fairy Aura from Xerneas, Riot and Marilyn attacked in the Alearth Woods. However, Yveltal was awakened by the fighting and went on a rampage, during which Riot's Greninja and Ninjask were turned to stone by Oblivion Wing. He later found Marilyn crying over the loss of her Delphox and Yanmega to Yveltal. Having a change of heart, he removed his mask and offered comfort to her. Just as she accepted his affection, however, Yveltal aimed Oblivion Wing at them, and they embraced shortly before being killed as well. Later, the two of them were revived by Xerneas with the Fairy Aura.

In the credits of the film, Riot — now dressed formally — visited the clothing shop where Marilyn had gotten work and proposed marriage to her. 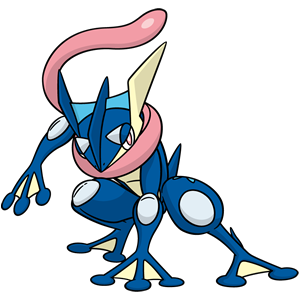 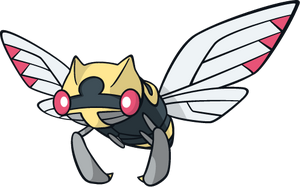