To get back his stuff from Rappy & Demoman (failed)

The Ninja Spy is the protagonist villain of the Gmod "Ninja Spy" videos, and the main antagonist of both "Rappy n Demo: Code Merde", and "Rappy "n" Demo: Revenge of Ninja Spy", created by Dr Face.

The story starts of with Ninja Spy going to Gray Gravel Co. to talk with Gray Mann about getting some robots to help him with his mission to get his stuff back from Demo and Rappy. Ninja spy pay's Gray mann and gets the robots the next day.

The Next day Demo and Rappy are captured and brought to a secret base where they are detained by Ninja Spy and Ninja Heavy. Ninja Spy gets the location of the stuff and heads to Hydro. Demo and Rappy escape the base and chase them.

At Hydro, the heavy finds the chest of stuff. Demo and Rappy arrive and then the fight begins. After the fight, Ninja Spy discovers that the chest is full of beer and he gets flung into his black 1967 Ford Mustang Fastback car by Rappy. Ninja Spy and Ninja Heavy escape in their car but due to Ninja Spy not watching the road, they both fall of the cliff to their deaths.

Ninja Spy wears a black suit with black shoes and a black mask. 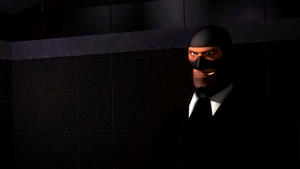 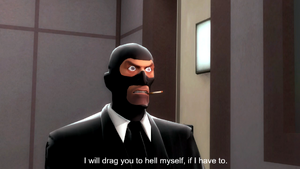 Ninja Spy interrogating Demo about where his stuff is. 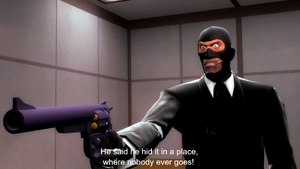 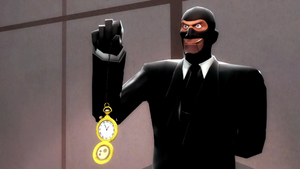 Ninja Spy Using Hypnosis to get Rappy to tell him where the chest is. 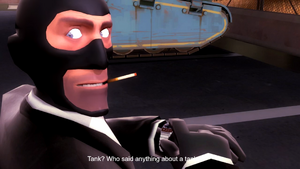 "Who said anything about a tank?" 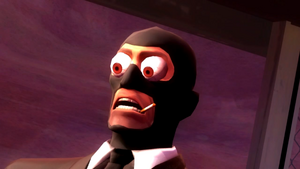 Ninja Spy Shocked that Demo and Rappy Managed to catch up to them even though he ordered the robots to kill them both. 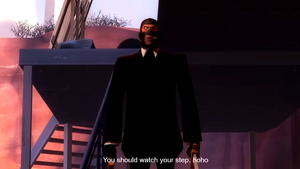 Ninja Spy About to fight Demo. 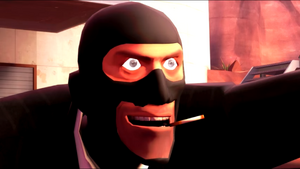 Ninja Spy Finds the chest and opens it only to find that the chest is full of beer and the fact that he wasted all of his time. 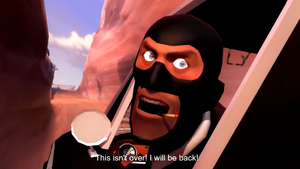 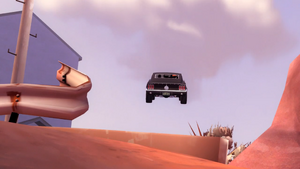 Only to fall of the cliff to his death. along with Ninja Heavy 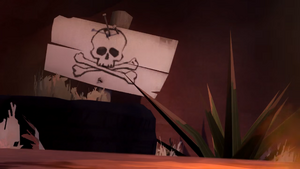 A Sign with a skull confirming their deaths.
Add a photo to this gallery
Retrieved from "https://villains.fandom.com/wiki/Ninja_Spy?oldid=3801908"
Community content is available under CC-BY-SA unless otherwise noted.