Grand Army of the Reconquista

Armed and equipped with anti-median weaponry

Kill all of the Protestants in England.

The Ninth Crusade, also referred as The Grand Army of the Reconquista, is a group of fanatics assembled under Catholic banner and a major antagonistic faction in both manga and anime of Hellsing.

The Ninth Crusade was an entire Catholic army regiment in the use of the Vatican. They gathered under the command of Archbishop Enrico Maxwell to partake in purging England of Millennium's forces, consisting of about 3,172 members. Their robes and hoods they wear resemble a simple Ku Klux Klan outfit, though their dresses were capirotes, a traditional Catholic custom still in use, most notably in Spain.

Their mission was to aid Hellsing and Alucard in destroying the Letztes Battalion; but, Maxwell, drunk on power and fanaticism, turned on Hellsing and ordered the Knights to attack and destroy everyone, soldiers and civilians alike, to kill all the Protestants in England and force a sizeable Catholic conversion. During their battle with Millennium, yet, they manage to cripple the Major's Zeppelin with their gunships and inflict severe casualties on the vampire army up to the point only 572 remained.

Despite sporting weapons meant to be effective against unholy monsters as well as massive gunship support, they were overrun and destroyed by Alucard's enormous army of familiars.

30 years into the future, their numbers still were low enough for them to seriously force them to wait for centuries before even considering the possibility of a Tenth Crusade.

There are four branches of the Papal Knights that participated in the ninth crusade. 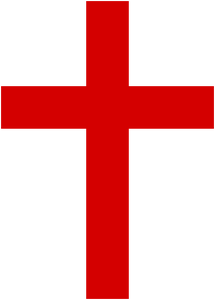 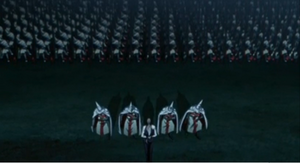 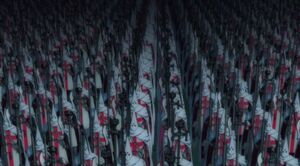 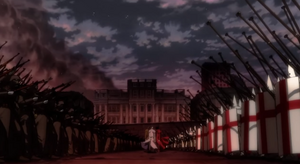