Shooting down enemies for pleasure

Plotting and attempting to take over the universe.

Take over the Earth and Cybertron by any means necessary (failed).

Nitro Zeus is a supporting antagonist of the 2017 film Transformers: The Last Knight. He is a Decepticon hunter who serves for Megatron.

Nitro Zeus's voice actors vary, depending on the version of the film. In the finalized, theatrical releases, he was voiced by John DiMaggio, who also played Bender in Futurama, Dr. Drakken in Disney's Kim Possible, Dagon in Ben 10: Ultimate Alien, and Arthur in Disney's Ralph Breaks the Internet. In the digital releases of the film, he is voiced by Steven Barr.

Nitro Zeus was known for using his vast arsenal and formidable tracking skills to locate and capture whatever targets that Megatron has asked for demands. He is also close to Shockwave, as the latter's death on Earth greatly angered him and made him vow revenge on both humanity and Autobots for this.

Unlike Shockwave (who acts as a hunter and assassin), Nitro acts more of a stalker as he tends to make his business to know everything about his enemies and those who are closest to them; even when being taken into custody by humans, he has been passing the time by tracking his captors' families, an act that makes him unlikeable to his human captors.

Though the Decepticons discovered Cade's location, he managed to evade them initially. They followed him to an abandoned town, where they were met with some not-quite-unexpected resistance thanks to some Autobots (Bumblebee, Drift, and Crosshairs). Unbeknownst to the Decepticons, Cade has also rigged the entire town with traps for just such a situation. While many other Decepticons perished in the resulting chaos, Nitro Zeus survived the encounter alongside others. When Cade traveled to England, Nitro Zeus followed there with Megatron and Barricade.

Megatron eventually betrayed the TRF and began working with Quintessa to destroy Earth and restore Cybertron after a corrupted Optimus Prime broke free of Quintessa's control. Nitro Zeus was at Megatron's side as the two planets began colliding, and he participated in the final battle against the Autobots. Unfortunately, Nitro Zeus met his demise via a swift blast to the head by Bumblebee. 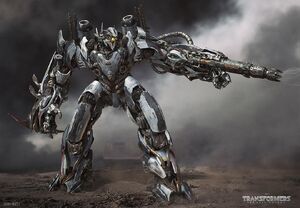 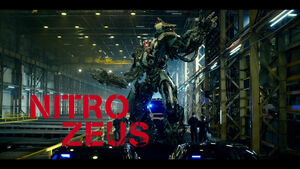 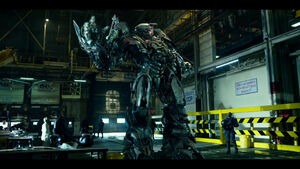 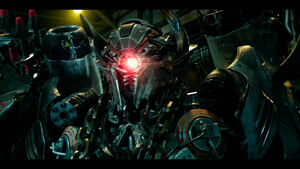 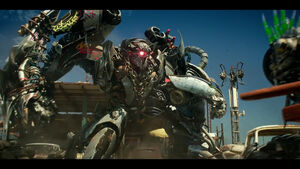 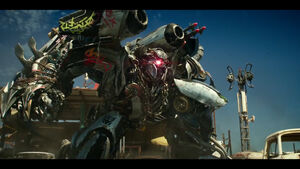 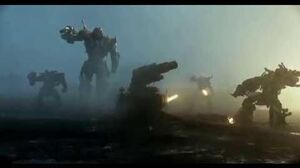 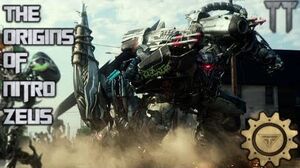 The Origins Of Nitro Zeus
Add a photo to this gallery

Retrieved from "https://villains.fandom.com/wiki/Nitro_Zeus?oldid=4358073"
Community content is available under CC-BY-SA unless otherwise noted.