Nitros Oxide is a supporting antagonist in the Crash Bandicoot video game series. He is an alien from the planet Gasmoxia who challenges the inhabitants of other planets to racing tournaments to decide the fate of their worlds, resulting in him coming into conflict with Crash Bandicoot and his friends and enemies.

He appears as the main antagonist of the 1999 racing game Crash Team Racing and its 2019 remake, Crash Team Racing: Nitro-Fueled, and later appears in Crash Bash, Crash Nitro Kart and Crash Twinsanity.

He was voiced by the late David Anthony Pizzuto, Quinton Flynn and Corey Burton in English, Junpei Takiguchi, Chafūrin, and Yuka Iguchi in Japanese, and Fred Meijer in Dutch.

In order for the player to race Nitros Oxide, they must first gather four keys to unlock the entrance to his spaceship. If Oxide lost the race, he'll challenge the player to obtain all the relics before racing him again. In a race, Oxide does not play fairly - he starts racing before the green light goes off and also barrages the player with beakers, TNT crates, Nitro crates, and bombs. When he loses, he does admit defeat, and says he is embrassed, but tell the inhabidants of earth that before you can say your the fastest, you need to collect all of his time relics, and race him again. When the player obtains all of the relics, and beats him in a race again, he admits defeat, and says he has to go back to Gasmoxia a "complete loser". He says that he never wants to come back again.

Oxide returns as the final boss in the party video game, where he is facing off against the player in a Ballistix-like challenge.

Nitros Oxide also makes an appearance as a playable character in Crash Nitro Kart as part of Emperor Velo's squad of racers. He is only playable outside storymode, including his henchmen Zam and Zem.

Oxide makes a cameo appearance in Twinsanity, where he is shown to have arrived at Crash's "birthday party" hosted by Cortex. He is never seen after that.

Nitros Oxide returns as the main antagonist in Crash Team Racing: Nitro-Fueled, reprising the role he had in the original CTR. This time, Oxide can be unlocked as a playable racer, and his hovercraft can be driven by other characters. His dialogue in the games intro cutscene has been changed so he says that the Earth's population would become his minions rather than slaves, presumably due to censorship reasons. Oxide is a Acceleration class driver. 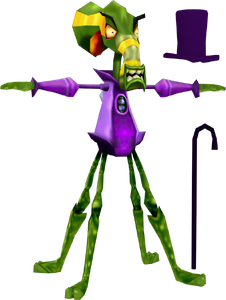 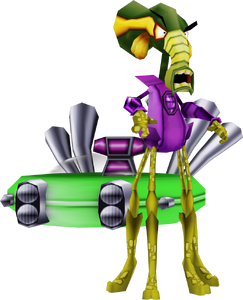 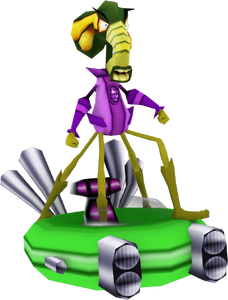 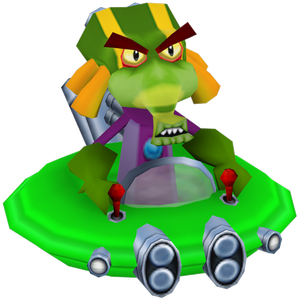 Oxide's cameo in Crash Bandicoot: The Wrath of Cortex 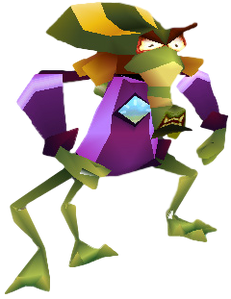 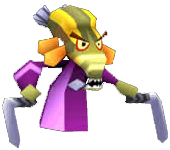 Oxide as the final boss in Crash Bash 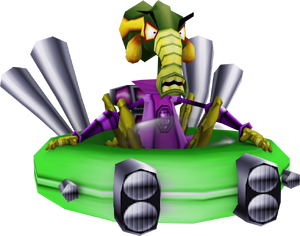 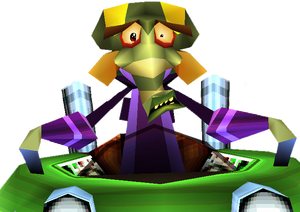 Oxide's main model during the cutscenes of Crash Team Racing 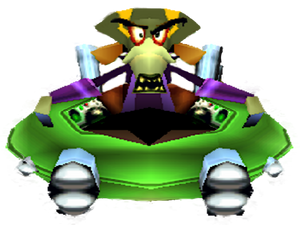 Oxide in his hovercraft 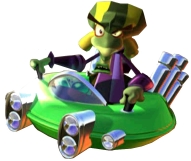 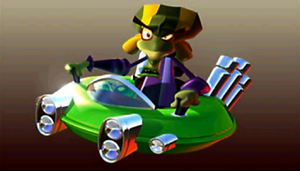 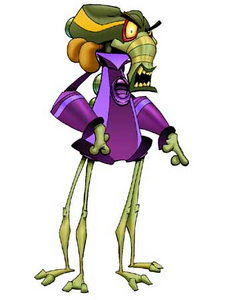 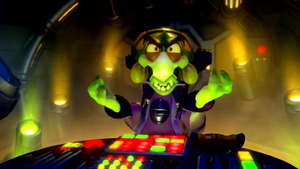 Nitros Oxide as he appears in Nitro-Fueled. 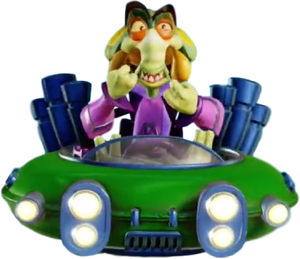 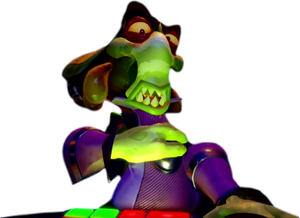 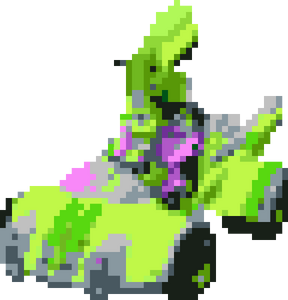 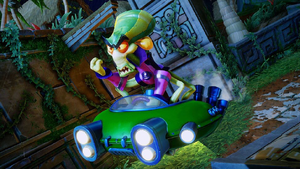 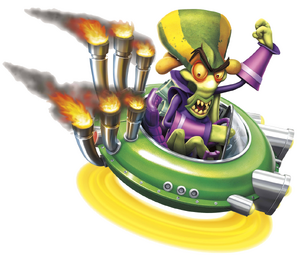 Retrieved from "https://villains.fandom.com/wiki/Nitros_Oxide?oldid=3891045"
Community content is available under CC-BY-SA unless otherwise noted.