Noah Hawthorne is the main antagonist of the Fillmore! episode "A Wurm in Our Midst". He was the President of the X Middle School Book Club responsible for stealing many books.

He was voiced by Evan Matthew Cohen.

Noah first appeared with his fellow Book Club members after learning that the books from the X Middle School library have all been stolen. He pleaded with Safety Patrol Officers Fillmore and Third to find the books by all means necessary. The duo found that the books have been checked out under fake library cards through bogus accounts.

With this information, Fillmore and Third managed to track a delinquent student named Tony Clementina, who was known for blackmailing the local shuffleboard team with extortion and selling copyright-infringed T-shirts. They eventually learned that the majority of the books are being held inside the treehouse belonging to Tony's sister, pointing him out as the culprit.

Despite Tony being taken into custody, Fillmore and Third are unable to find the rest of the books, and Tony is too eager to take any credit for committing the theft. However, it turns out that Tony has a fear of heights, which is unlikely for himself to commit the deed if he were to use the treehouse. Using the photos that were taken earlier in the crime scene, Fillmore and Third soon spotted Noah's hand covered in dust particles in one of the photos. This made them realize that Noah and the Book Club are the true culprits as they created bogus accounts and framed Tony to cover the tracks.

With this evidence, Fillmore and Third confronted Noah for the thefts, but he escaped into the hallways. However, Tony dropped a handheld video game on the floor, causing Noah to slip and allowing Fillmore and Third to nab him. Noah angrily revealed that the reason why he and his friends stole the books is because they felt tired of everyone checking out their favorite books that they desired to keep for themselves. Noah and his fellow members are then taken into custody and given detention and extra homework for their villainous actions. 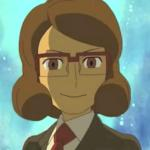