Demon King of the Sixth Heaven

Drinking skull with a sake inside.

Take over Japan and engulf it in darkness (failed).

Nobunaga Oda is one of the main antagonists in the Sengoku Basara series, serving as the main antagonist of the first series, but continues to make his presence known throughout the series, despite other villains like Hideyoshi Toyotomi, Mitsunari Ishida, and Hisahide Matsunaga taking their places in the installment series.

He wields a broadsword and a shotgun in battle, but his cape is capable of executing cruel attacks. He's a ruthless warlord who will stop at nothing in conquering first Japan, and then the world. Whenever he sees it fit, he will betray any ally on sight and kill them without remorse. He held no regards on his supposed subordinates as well, he used his sister Oichi to rope Nagamasa Azai into doing his bidding as his supposed 'ally'. He sees lowly on his wife Nouhime, proclaiming her weak when she died protecting him in the first game. He is indifferent with his aide Mori Ranmaru and only sees him as a tool for battle, keeping him in line by rewarding him with candies. He doesn't even care about the atrocities and sadism committed by Mitsuhide Akechi, and usually is capable and will do much more ruthless acts than him. Hideyoshi Toyotomi, while a villain on his own, is utterly disgusted at Nobunaga and is usually depicted as a rival rather than an ally like it was in the history.

By the third game, he is officially killed by Mitsuhide. However, Mitsuhide, disguised as the monk Tenkai, sought to revive him by using the amnesiac Oichi as a medium to revive him. However, when revived, Nobunaga turns out to not recognize him at all, killed him and swore to unleash the force of Hell to take over the world. It is up to the player to stop him at this point. Although Saika Magoichi has a personal grudge against him for killing her master/predecessor.

This incarnation of Nobunaga is voiced by Norio Wakamoto, a seiyuu famous for voicing villains in various anime.

In the anime, Oda Nobunaga serves as the primary antagonist as he was responsible for occurring the events throughout the story. He often called himself "The Demon King of the Sixth Heaven" and he always says based on his motto: "To take the world by force", though it became clear that he would rule the world with fear and total tyranny of darkness, according to Shingen Takeda.

He also displays his cruel personality as he had no qualms of killing innocent beings or his enemies who had surrendered or defeated, just like that time when he killed Yoshihiro Shimazu and Zabii. In addition, he even threatened to kill his own sister, Oichi in front of Nagamasa Azai when he ordered him to attack Asakura. In addition , he also seems to have a strained relationship with Mitsuhide Akechi, who often upset him especially his own plans.

His first appearance was in Episode 2, where he and his cronies stood before Masamune Date, Yukimura Sanada and the others, before killing Imagawa Yoshimoto by shooting on his head. Soon after that, he proceeds to spread all his minions across the land, where they destroyed everyone in their path.

During the final battle, he shows his fearsome skills and his intimidating mights, especially when he fought against Masamune Date and Yukimura Sanada. 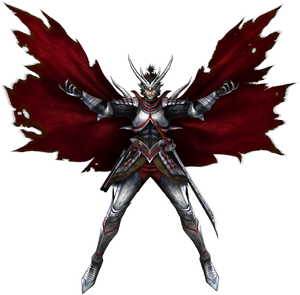 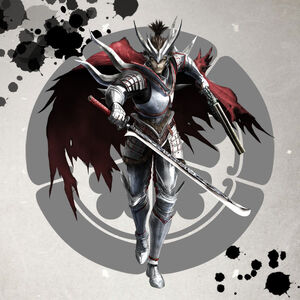 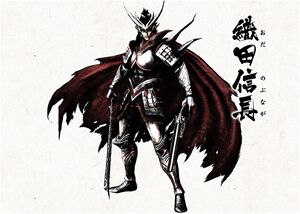 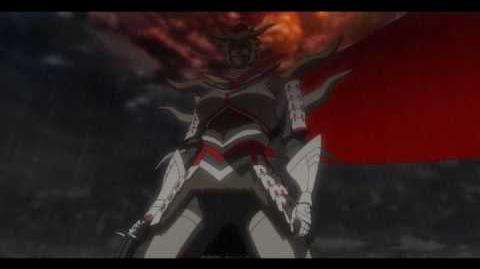