The Demon Lord of Japan

Leader of the Oda clan

Conquer Japan and the world.

Hegemonic Tyrant
Nobunaga Oda (Japanese: 織田 信長), also known as The Demon Lord of Japan, is one of the major antagonists in the Samurai Warriors video game series. He is one of the three unifiers of the Warring States period along with his former generals, Hideyoshi Toyotomi and Ieyasu Tokugawa.

His story is killed Okehazama and fast forward to Nagashino. Shingen once died in Mikatagahara after his ally smashed Tokugawa, now Takeda leader Katsuyori, who decided to attack Tokugawa. When Ieyasu requested reinforcements, Nobunaga replied with 3,000 riflemen.

The Oda-Tokugawa alliance destroyed the Takeda cavalry and forced Katsuyori to retreat. The nearby Hong'an Temple family, with the help of the Forest Navy and Seca mercenaries, decided to raise their army against the Nobunaga in Osaka Bay. The Nobunaga led by Yoshitaka and his navy eventually destroyed the Union of the Wishing Temple. Due to the death of his competitors and the method of Nobunaga, Kenshin proposed an army against the Katsui troops in Tedorigawa. After a successful water attack, the Shibata army was isolated and asked Nobunaga to reinforce himself. Uesugi also formed an alliance with the Ikko rebels to help them, and Mitsuhide was no longer able to see innocent people being slaughtered. He took him away from the battlefield. After that, Takeda and Uesugi still retreated to Ueda Castle, where Nobunaga won the alliance in the form of Tokugawa, Hojo and former Takeda retainers. Hojo proved a loose cannon, Kotaro was released to the field, foreseeing Nobunaga's pre-death at Honnoji.

Nobunaga killed Katsuyori and Masayuki, ends the Takeda clan. After being asked to help Hideyoshi of Shikoku, the sudden betrayal of Guangxiu in the Instinct Temple gave the army of Nobunaga some expectations. After No and Ranmaru were injured, Nobunaga killed Mitsuhide in the burning temple after their duel and promised to continue his ambition for Mitsuhide.

Nobunaga adopts a devilish motif, often asking others their desires and a way for him to grant them. An ingenious individual with sadistic traits, but he also presents poetic barbs for his opponents in a quizzical and superior manner. In the second title, Nobunaga enjoys the prospect of facing death, believing that all battles should be fought to conquer one's fear of dying. 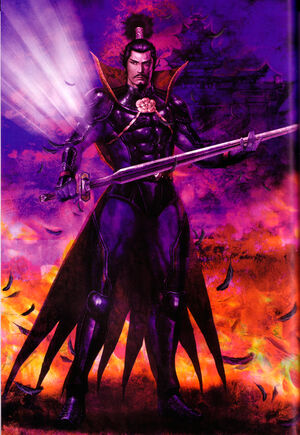 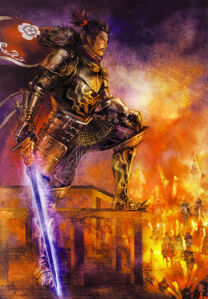 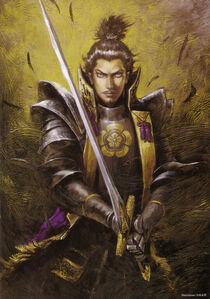 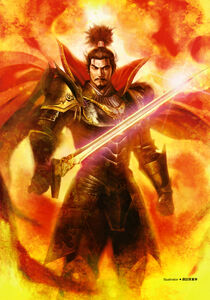 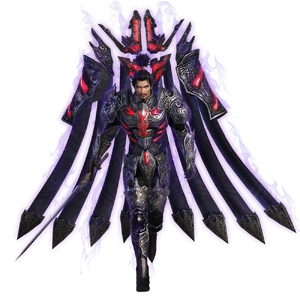 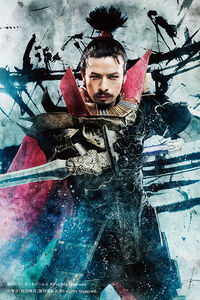 Retrieved from "https://villains.fandom.com/wiki/Nobunaga_Oda_(Koei)?oldid=4027671"
Community content is available under CC-BY-SA unless otherwise noted.