Ruling with an iron fist.

Conquer Japan and later the world.

Nobunaga Oda is a major antagonist in the Onimusha video game series, acting as the main antagonist in the second and third games. After Fortinbras defeat in the first game, Nobunaga takes the position as King of Genma demons. Although he is a human, the Genma accept him as their new king. As the demon king, he sets out to conquer Japan. He is also married to Vega Donna, who is also a demon-human hybrid. He is based on the real-life warlord Nobunaga Oda of feudal Japan.

In the first Onimusha game, Nobunaga appears in the first video sequence fighting at the Battle of Okehazama against warlord Yoshimoto Imagawa. Nobunaga was a tiny force compared to the Imagawa's massive army. However, due to an ambush, Nobunaga successfully kills Yoshimoto. Immediately after winning, Nobunaga was shot and killed by an arrow.

The Genma demons, under the direction of Guildenstern, revive Nobunaga from the dead. He swears allegiance to them and promises to conquer Japan in their name. At the time, Nobunaga is fighting the rival Saito clan, trying to conquer their territory of Mino. In order to ensure Nobunaga's victory, the demons kidnap the princess of Mino and plan to have Nobunaga drink her blood. They also kidnap the princess's little brother, in order to murder him in front of her, filling her with sorrow and making her blood stronger.

However, after Fortinbras is killed by Samanosuke, the evil ceremony is thwarted. But Nobungaga still manages to defeat the Saito family at the Battle of Inabayama. He then takes over as the leader of the demons.

After some time, Nobunaga leads an attack on Yagyu Village, killing everyone and burning it to the ground. Jubei Yagyu, the leader of the Yagyu clan, survives and swears revenge. He is then granted Oni powers to defeat Nobunaga.

Nobunaga's allies Ginghamphatts , Jujudormah , and Gogandantess, try to defeat Jubei but fail. Nobunaga's own sister Oichi goes to the aid of Jubei, mainly due to the fact she is married to a rival warlord of Nobunaga and wants to stop her brother.

Nobunaga faces Jubei and ends up being defeated. However, he returns once more from the dead.

Nobunaga appears as a playable character and the final boss.

After Nobunaga conquers most of Japan, one of his retainers, Mitsuhide Akechi (the uncle of Samanosuke), betrays Nobunaga and tries to assassinate him at Honnoji Temple.

Meanwhile, Nobunaga sends his ally Guildenstern to the future to conquer France in 2004. In spite of this, Guildenstern fails.

At the end of the game, Nobunaga is defeated at Honnoji by Samanosuke and his reign of terror ends. But the Genma still remain. 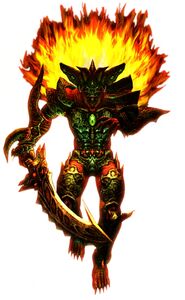 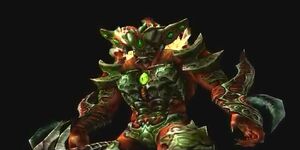 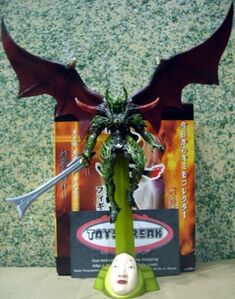 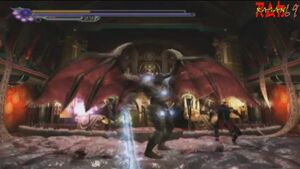 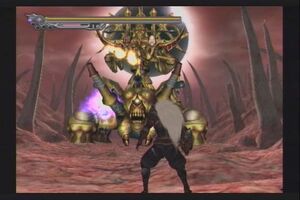