Natalia was a street orphan who was adopted into Charles Knight's family, whom was a well-known gangster. Natalia grew up with his wealth, but later learned of his illegal activities when she was older after his death. At his funeral, Natalia met Charles' son Anton, and she refused his proposal that they continued his father's lifestyle. Natalia later became a astronomer and got a job at the Gotham City Observatory, which was under Wayne Enterprises' management.

While working at the observatory one night, Natalia became a victim to a radioactive laser, draining her skin of all pigment. As a result, she became sensitive to light, and decided to accept Anton's proposal and became a criminal. During her crime spree with Anton, she gave herself the name "Nocturna". During one crime spree, Natalia met Bruce Wayne, and noticed his fascination for her. Batman later stopped Anton from robbing him, and Nocturna was later captured by him when she tried to release Anton.

Nocturna later escaped from prison and partnered with Nightshade to start a criminal scheme called Nightmares Inc., but ended due not liking him and his despondent attitude on her leadership. When she learned that Bruce Wayne was battling for legal custody for Jason Todd, she filled the adoption papers and became Jason's mother so she could force Bruce into marrying her. She later teamed up with Batman to stop her former partner, the Thief of Night, and Natalia realized that she was attracted to Batman. During their romantic encounter, she revealed that she knew about Batman's identity, but promised to keep it a secret as along as she became his partner and Jason's mother.

Afterward, Nocturna attempted to win Jason over that she was trying to change, but Todd refused to call her his mother. Natalia later worked with Batman and Robin in stopping Anton, the Night-Slayer, and exposing Mayr Hamilton Hill's crimes. When she realized that Jason wouldn't believe she had change, Nocturna returned Todd to Batman, and vanished without saying anything and breaking the custody. 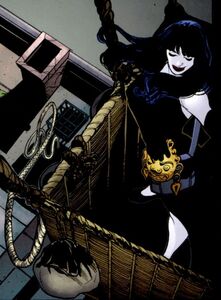 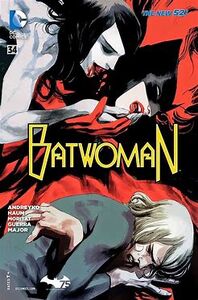 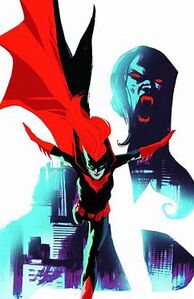 Retrieved from "https://villains.fandom.com/wiki/Nocturna?oldid=4008734"
Community content is available under CC-BY-SA unless otherwise noted.