Art.
Using Victor's love and loyalty for her against him and using it to trick him.
Enjoying her life after finally being freed and cured.
Seducing, tricking and taking advantage of her husband.

To cure herself of her illness or to let herself die from it.

To convince Victor to not waste his life trying to cure or save her from her illness.
Convince Victor to let her go so they both can move on.
To gain control over her life to have the power to do whatever she wants.
To have control and power over others instead of others taking using her.

Nora Fries is the beloved wife of the Batman supervillain Mr. Freeze and serves as the central motivation for her husband's criminal activities. Nora suffered from terminal illness and was cryogenically frozen until Freeze could develop a cure. Although she is eventually cured of her condition in the mainstream comic continuity, she becomes a supervillain herself in both depictions of the event.

Nora was a gentle girl who first met Victor Fries during boarding school and would eventually marry him before becoming terminally ill. Unable to bear the thought of losing Nora, Victor cryogenically froze her at Gothcorp until he could develop a cure. His pursuits to do this led to the incident that transformed Victor into the supervillain Mr. Freeze and he began a criminal career to help further his research into saving Nora.

As time passed, Nora remained in cryostasis as bits of her frozen body occasionally broke off and were reattached, until Victor made a deal with Nyssa al Ghul to build a weapon for the Society of Assassins in exchange for allowing him to revive his wife using the Lazarus Pit. However, when Batgirl convinced Freeze that Nyssa was not going to fulfil her part of the deal, he decided to put Nora into the pit himself.

A part of the pits alchemy seeped through the cracks in Nora's frozen body, which gave her the ability to summon the undead and conjure flames, but also drove her insane. Nora soon emerges from the pit blaming Victor for what has become of her, before taking the name Lazara and attacking everyone present with an undead army at her command. Freeze tries to reason with Nora by trying to remind her of the good woman she was. But Nora continues her assault, calming the person that she was is gone, which forces Victor to freeze her once again.

Nora's history was altered for the New 52. In this continuity, Nora's birth name is Nora Fields, and she had herself cryogenically frozen at Wayne Industries until a cure was discovered for the terminal illness she had recently been diagnosed with. Many years later, a scientist named Victor Fries became obsessed with Nora and developed the delusion that she was his wife, and was determined to cure her. When Wayne Industries CEO Bruce Wayne cancelled his research, a furious Victor threw a chair at him, hitting a cryonic tank that doused the scientist in coolant and transformed him into Mr. Freeze.

Eventually, Nora's history is again altered by the events of DC Rebirth, which combines elements from her two previous origin stories. Nora is again Victor's wife but she is still frozen at Wayne Industries and Bruce Wayne still tried to stop her husbands research.

Year of the Villain

During his ongoing research to cure Nora, Mr. Freeze is contacted by Lex Luthor, who offers him chemicals that can be used to finally end the sickness that has plagued his wife for years. Freeze accepted Lex's gift and later Nora was successful revived - although she now had the same genetic condition as her husband because she was cryogenically frozen for so long. Nora was forced to wear a Cyro-Suit until Victor could obtain more chemicals to get rid of her dependency on subzero temperatures.

Nora accompanies Freeze while he breaks into Wayne Industries where she briefly meets Bruce Wayne, who is surprised to see alive and well. Although Nora is aware Bruce tried to stop Victor's attempts to cure her in the past, she bears him no ill will as she still remembers him as the generous man who donated to the ballet company she previously danced for. Afterwards, Victor changed Nora's physiology a little further so she no longer needed her Cryo-Suit and then froze an entire theatre just to watch her perform ballet on stage.

The couple soon leave to begin a crime spree as Mister and Mrs. Freeze in order to acquire enough money to start a new life together. However, during their robberies Victor noticed the brutality Nora was using on others and feared she might actually be enjoying the pain she inflicts on them. He theorises that the chemicals Lex Luthor provided had altered Nora's biology in a way that it somehow changed her personality.

Nora and Victor eventually gather all the cash they need to start a life free of crime. But Nora lliked the power she now had over people and was tired of having others decide her fate, including her husband. She then told Victor that she was leaving him to continue her criminal career. Although Mr. Freeze tried to stop her by firing his Cold Gun in her direction, Nora knew he would not shoot her and she froze him instead.

Afterwards, Nora drove alone to visit her parents graves at Gotham cemetery. She apologises to them for not visiting more often and decides to use her cold gun to make them a large crept made from solid ice, while also making one for Victor Fries (knowing he would try to track her down) as her way of symbolising that their relationship was over.

Batman and Mr. Freeze later arrive at the cemetery after calling truce so they can work together and find Nora. Upon seeing the crept Nora made for him, Freeze explains that the chemicals Lex Luthor gave him to cure her were previously used during Kryptoian cloning experiments, which were abandoned after the first clone did not turn out satisfactory. Victor believes these chemicals are causing Nora to become emotionally unstable and her condition will continue to deteriorate unless she is stopped. 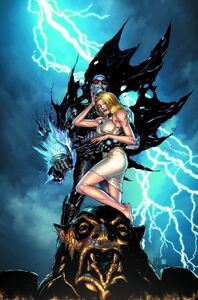 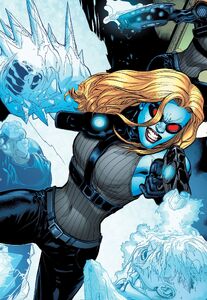 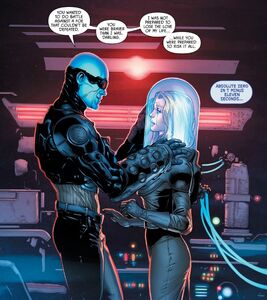 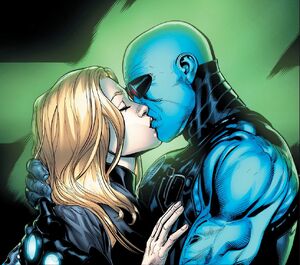 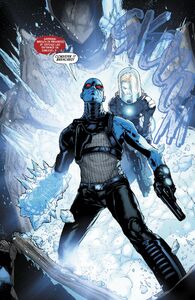 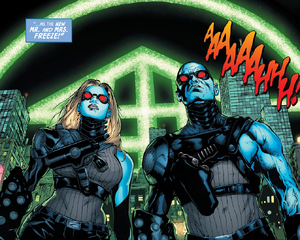 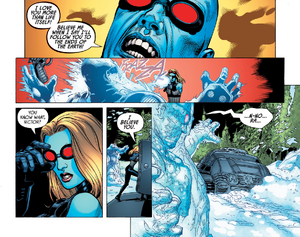 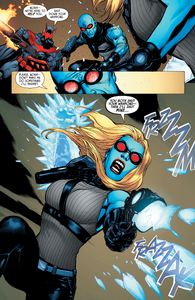 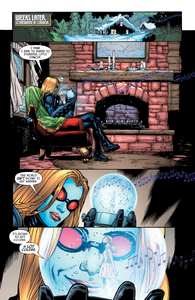 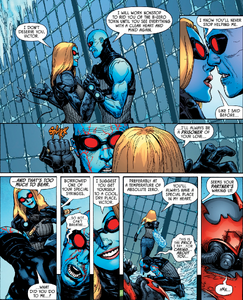 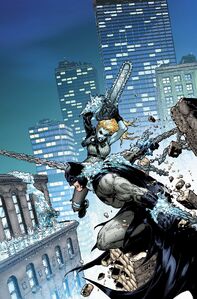