Villains Wiki
Register
Don't have an account?
Sign In
Advertisement
in: Article stubs, Mature, In Love,
and 41 more

Being with her son.

Stay close with her son.

Norma Calhoun, better known as Norma Louise Bates, is the deuteragonist of the 2013 television series Bates Motel. She serves as one of the two protagonists of the show along with her son Norman for the first three seasons before becoming the main protagonist of season four and a posthumous character in season five. She is based off of her original incarnation of the same name.

Norma Calhoun was second child of her abusive father Ray and scared mother Frances who grew up with her older brother named Caleb Calhoun. As a child, her father would beat Norma and Caleb which left them scars. Frances was sedated most of the time and often locked Caleb and Norman in a room for a couple of days when depressed. Norma and Caleb often has consensual sex with each other, but when Norma wanted to stop, Caleb resorted to raping her from time to time, resulting in her being pregnant with her first child, Dylan. She never told Ray out of fear that he would kill Caleb. The raping continued until Caleb moved out of the house.

She later married John Massett who become her first husband. Dylan never found out about his biological father and always thought John was his. Years later Norma had an affair with an abusive alcoholic, Sam Bates, which caused the marriage to dissolve, so she left John with Dylan. She later had Norman with Sam.

Sam was an extremely violent man, who often went into drunken rages and even threatened to kill them when Norman was a child and raped Norma once when the two of them tried to leave him but couldn't find Dylan. Dylan would later leave the family out of animosity towards Norma for always feeling like she favored Norman more than him.

Although a well-intentioned woman who did love her two sons, and not nearly as ruthless as her original counterpart, she was still a manipulative mother who refused opportunities to get Norman the help that he needed out of her overprotective nature-thus making her inadvertently responsible for her son's killings, especially since she knew what he was capable of. 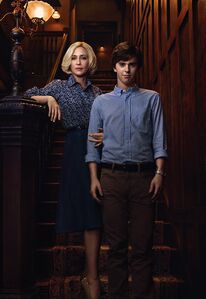 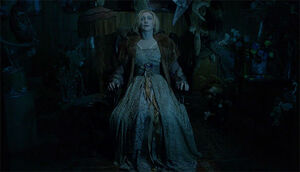 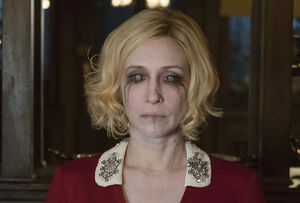