Collecting and dusting off his model cars.

Norman Hill, nicknamed The Road Warrior, is a major antagonist from the crime-drama TV series Criminal Minds. He is a delusional thrill killer who appears as the main antagonist of the Season 4 episode Normal.

He is portrayed by Mitch Pileggi, who also portrays Horace Pinker in Shocker.

Little is known of Norman's background. What is known, is that he lived in Orange County, California, with his wife and three daughters, and worked as an accountant for an insurance firm. In 2008, while Norman was fixing a flat tire, his youngest daughter Jenny, wandered out into traffic and was killed by a car. This incident would destroy Norman's confidence and slowly drive him insane with guilt. He began to think that his family didn't appreciate him anymore and blamed him for Jenny's death, so much so, he would hallucinate them blaming him. As a result of this, Norman eventually couldn't take it anymore, and murdered the rest of his family with a shotgun. Though, his mind deluded him into believing they were still alive and taking their grief and anger out on him.

Six months after Jenny's death, Norman is getting ready for an after party at work. In traffic, he is cut off by a blonde-haired woman talking on her phone. Wanting to talk to her, he pulls up to her car and asks her to roll her window down. She does, but berates him, leaving Norman speechless. In retaliation, Norman pulls out the shotgun he wrapped as a present, and fires into her car, causing her to crash and flip over. Feeling thrilled, Norman is noticeably more upbeat as he attends the party. That night, Norman saws the barrel off his gun and wanders throughout the house, stopping in front of each of his daughters' doors. This is likely when Norman killed them. 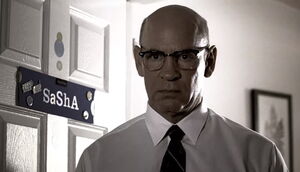 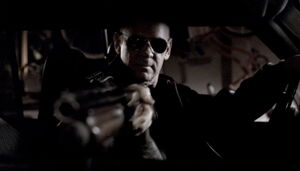 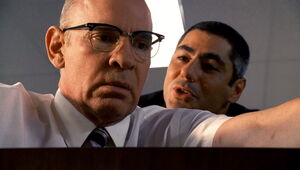 Norman hallucinates his boss making fun of him. 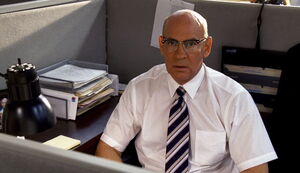 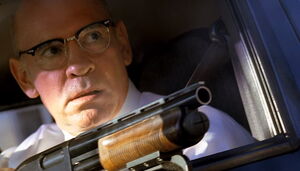 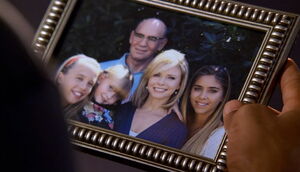