Northa is the final Labyrinth Member to make an appearence in Fresh Pretty Cure!. She is given the task of finding Infinity after the previous members failures. She was created by Klein from a plant, making her the only one of the four cardinal members of Labyrinth to be completely artificial. Her human alter ego is Nayuta Kita.

She was voiced by Misa Watanabe.

Northa is much more ruthless than the previous members of labyritnh are, to the point both Westar and Soular are afraid of her. She is also more powerful, bringing along a new type of monster: the Sorewatase. She is also quite manipultive, almost brainwashing Setsuna into coming back to Labyrinth. She also enjoys watering her plants.

It should be noted that unlike Westar, Soular and Eas, Northa's mere presence in the human world causes plants to wither and die, making her intrinsically more evil than the former three.

As a Labyrinth member, Northa has the ability to use Switch Over, which allows her to transform at will from Northa to Nayuta and vice-versa. When she first appears, she brings along a new item: the Sorewatase fruit, used to summon the much more powerful Sorewatase monsters.

Northa can summon roots from her back to attack. She also can make Nakewameke growing roots from their body to trap them, demonstrated in her first battle. Unlike the other three agents, Northa can open dimensional portals.

She also has a powerful secondary form, that of a monstrous version of her head with root whips as her arms. She turns herself into a Sorewatase by devouring the Sorewatase fruit to transform into this form. From her mouth she can fire an energy blast.

She can also fuse with Klein to form a fast battling dragon-hybrid which is human-sized, but it is strong enough to negate Triple Fresh and Happiness Hurricane and it is able to break out from Lucky Clover Grand Finale. This fusion is far stronger than Pretty Cures, but it is weaker than the Cure Angels. It can also use energy blasts. 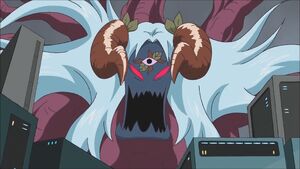 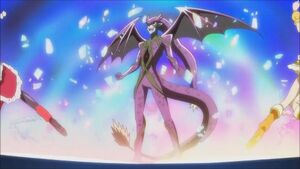 Northa Klein
Add a photo to this gallery

Retrieved from "https://villains.fandom.com/wiki/Northa?oldid=4201885"
Community content is available under CC-BY-SA unless otherwise noted.