Hunt down Toothless and use him to control the dragons.
Conquer the world.
Avenge Drago Bludivst's death (all failed).

Dragons Race to the Edge

Krogan is a member of the Northern Alliance. He was sent by Drago to help the Dragon Hunters capture a bewilderbeast and bring it to Drago, and if he fails in bringing the bewilderbeast to Drago but succeeded in capturing one, he will buy the bewilderbeast from them. Krogan ultimately failed to capture one, even an egg, due to the Dragon Riders and Berserker Tribe's interference and Drago orders his execution, to which he claims he will find another Bewilderbeast himself.

During much of the plot, The Northern Alliance are seen aiding their master in capturing more dragons before turning their attention in helping take down the dragon's Alpha, which happens to be another Bewilderbeast raised and cared by Valka, the mother of Hiccup Haddock (the protagonist of the series). Though Hiccup and his friends, along with his father Stoick, manage to help fight off the Northern Alliance and free some captured dragons, it was all in vain when Drago's Bewilderbeast defeats and kills Valka's Bewilderbeast, allowing it to take control of the dragons (including Toothless) and kill Stoick, much to the delight of Drago and his soldiers.

After Drago was killed after his attempt to destroy Berk was foiled by Hiccup, which forced his Bewilderbeast to retreat to the Hidden World, The Northern Alliance were taken over by his other followers, the Warlords. The Warlords hire Grimmel the Grisly to bring them Toothless so they can use the latter to control the other dragons and conquer the world.

Later on, after Grimmel leads the Warlords and their army to New Berk's location and succeeds in capturing Toothless and the Light Fury, he goes to the Warlords, who wait so they can capture Toothless. However, Grimmel betrays them, revealing that he was planning to kill Toothless all along. The Berkian Dragon Riders then arrive on the scene and prove to be no match to the Northern Alliance once more. By the end of the ambush, while Hiccup and Toothless go to rescue the Light Fury and take down Grimmel, the Northern Alliance members, even the Warlords, are eliminated for good.

Anyway, no matter if there were any survivors or not, Drago's former men were ultimately rendered useless and purposeless, as Toothless and the other dragons retreat into the Hidden World, where they would remain until humankind can coexist peacefully with them. 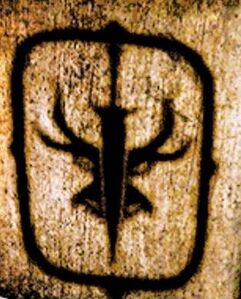 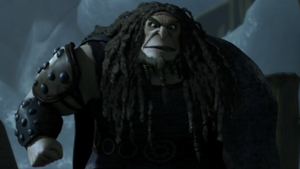 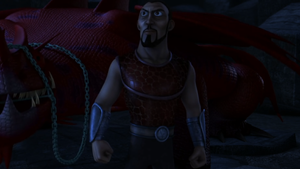 Drago's army in How to Train Your Dragon: The Hidden World.

This article uses material from Drago's Army on the How to Train Your Dragon Wiki at Wikia and is licensed under the Creative Commons Attribution-Share Alike License.