Find the Alexander the Great Eyecon and use it to rule the world.

Dominate the world not through brute force, but through global economic might.

Nova Shocker is an evil splinter organization of the original Shocker seeking to control the world economy and one of the two main antagonist factions in the movie Kamen Rider 1.

Nova Shocker was formed by ex-members of the original Shocker organization. In order to control the world from the economic area, the organization registered as a company and used their Nova Energy System to absorb all the energy in Japan, forcing the Japanese government into an unequal treaty of electrical exchange. However, Nova Shocker continued to cause outages and pollution.

All the while, Nova Shocker was attempting to obtain the Alexander the Great Eyecon, competing with both the Kamen Riders and the original Shocker for possession of it. They later succeeded when Urga took the Eyecon after it was released from Mayu's body. However, after obtaining it, Urga was overtaken by the Eyecon's power and went on a destructive rampage, killing Igura in the process. Thus, Kamen Riders 1, Ghost and Specter teamed up with Ambassador Hell of Shocker to stop the rampaging Urga.

After Urga was defeated, Nova Shocker ultimately lost most of its power and influence and dissolved. 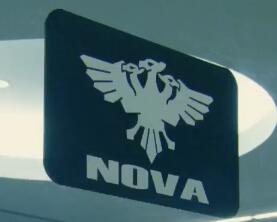 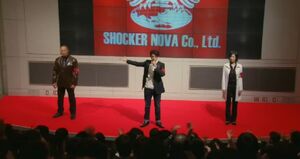 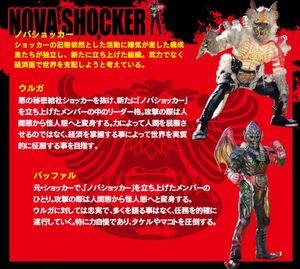 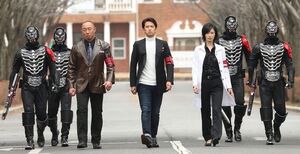 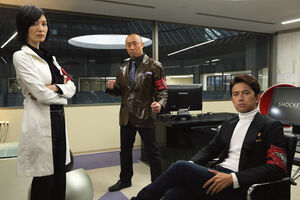