Oracles who can prophesize

To be taken into a place known as the 'Fourth World' (where they believe Slender Man originates from) for eternal paradise.

To possess the documents detailing the Princeton Experiment.
Prevent The Collective Knowledge from falling into outsiders.
Silence all who reveals the existence of the cult.

The Novus Ordo Europa (translated from Latin to English: New Order of/in Europe), also known as The Order, is a mysterious group that worships the Slender Man as a deity named Gorr'Rylaehotep. Their actions and rituals have led many characters to describe them as a cult. The Order are the main antagonists of DarkHarvest00. They also appeared in TribeTwelve as a minor antagonist group.

In the 1930s, around the time that members of the Ansel and Rainwood families left Novus Ordo Europa, the ancient Egyptian tablet discovered by Heinrich Kaufmann ll was stolen from a British museum. After their time in the museum, the tablet, as well as the transcript of its translation into a common language, were "rediscovered" by a man who would be known as the First Overseer and stored in a secret location. This man then set about forming The Order, a brotherhood of a fellow believers made up of alchemists, scientists, seers and psychics as well as compiling the knowledge contained whithin the transcript into the first Collective Knowledge. after many years in secrecy, the tablet and transcript were stolen from The Order by Nazis, although The Order retained the Collective Knowledge and continued to develop and gain power over the following decades. 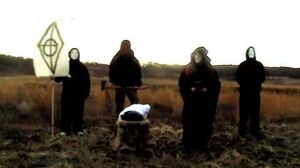 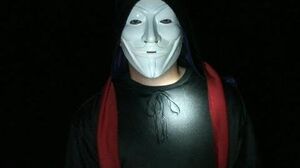